The dollar managed to sustain a huge chunk of its overnight gains on Thursday although it was off its peak for the week so far amid thin volumes, as signs of easing trade tensions and strong US economic data sent Wall Street stocks and Treasury yields higher.

In a huge bounce from the bear market territory, the Dow Jones Industrial Average soared more than 1,000 points for the first time on Wednesday, while US 10-year yields rallied around 8 basis points to end at 2.8 percent.

The swing higher in bond yields buoyed the greenback, which has been under pressure over the past couple of weeks following a decline in yields, which was in turns driven by escalated concerns about sluggish economic growth, and more recently, a partial US government shutdown.

Investors on Wednesday quickly latched on the media reports that a US trade team will travel to Beijing the week of January 7 to hold talks with Chinese officials.

Markets also lapped up data showing US 2018 holiday sales climbed 5.1 percent from a year ago to more than $850 billion, the strongest gain in six years.

“Investors are coming back to the US markets after a build-up of lot of fearmongering… this would be supportive of the dollar as well as treasury yields and stocks,” said Stephen Innes, who is the head of Asian trading at Oanda. “Trade war risk is abating somewhat… so risk-on sentiment should also be supportive of emerging market currencies.”

The dollar index, which is a measure of the dollar’s value versus six major peers, slumped 0.2 percent in Asian trade, after climbing 0.5 percent on Wednesday.

The US currency lost nearly 0.3 percent versus the yen, fetching 111 after recovering 1 percent overnight and breaking a safe-haven driven 8-day stretch of gains for the Japanese currency.

“If risk sentiment keeps improving and Dow futures extend their gains in the Asia session, I would expect dollar/yen to move higher still,” said Innes, but he cautioned that it was too early call a turn in risk sentiment.

Last week, the Federal Reserve increased rates for the fourth time this year, and largely stuck to its plans to hike rates next year in spite of the worsened economic risks which prompted US President Donald Trump to ramp up his criticism of Fed Chairman Jerome Powell. 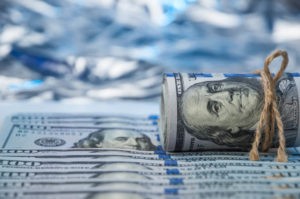 Trump lambasted the Fed on Monday, describing it as the “only problem” for the US economy and stoked speculation that he might fire Powell, whom he assigned to the top Fed job last year.

The euro gained $1.1375, strengthening around 0.25 percent. The single currency is set to end the year lower by 5 percent as weak economic fundamentals in Europe, political tensions in France and Italy and a dovish European Central Bank had made investors favor the dollar over the euro in 2018.

The pound, which has been battered by Brexit woes in recent months, was steadier at $1.2659, having shed 0.4 percent during the previous session.

The Australian dollar, which is often considered as a measure of global risk appetite, was firm at $0.7056.