The dollar experienced massive gains as investors flocked the world’s most liquid currency on fears of a slowdown in global economic growth and as the US-China trade tensions made investors more averse to risks.

The greenback, which is treated as a safe haven currency, rallied as last week’s capitulation in oil prices raised investor worries over the global economic recovery, which was suspected to have lost steam.

The British pound traded hands at $1.2804, slipping 0.05 percent versus the dollar. The European Union leaders agreed on a Brexit deal on Sunday, tagging it as the “best possible” deal that Britain could have attained.

A vote in the British parliament is set to be held just before the next EU summit on December 13 to 14 and most analysts expect the pound to remain relatively subdued until then.

With the Brexit issues apparently resolved for the middle term, currency traders are now focused on the upcoming G20 meeting in Buenos Aires on November 30, where US President Donald Trump and Chinese President Xi Jinping are expected to discuss contentious trade matters.

For further forex trading news, investors are looking to see if a workable deal can come out of the summit. Outside of such an agreement, the US is looking to raise its 10 percent tariff on $200 billion of Chinese imports to 25 percent by early next year.

Trump has also threatened to impose tariffs on all the remaining Chinese imports, which cost about $267 billion in goods if Beijing fails to address the demands of the United States on trade.

OCBC analysts say markets are closely monitoring whether China can convince the US to cancel the tariff hike of 25 percent from the scheduled January timeframe, which would give them some wiggle room for negotiations. If the cancellation happens, it would support market sentiment.

“If there is some sort of truce which comes out of this deal, we will see money coming out of the safe-haven dollar,” said Rodrigo Catril, who is the senior currency strategist at National Australia Bank. “This would bode well for the riskier currencies such as the Aussie, kiwi dollar, and the Asia emerging market currencies.”

The yen changed hands at 113.22, with the dollar fetching in 0.25 percent over the Japanese currency. 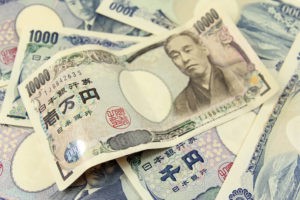 Analysts expect the yen to weaken further against the dollar due to the divergence in monetary policy between the Federal Reserve and the Bank of Japan. The Fed is on a monetary tightening path while the BOJ remains committed to its ultra-loose monetary policy due to low growth and inflation.

Another factor supporting the dollar/yen is Japanese investors’ heavy investment in the US and other foreign assets that are all denominated in the dollar.

The euro traded slightly lower at $1.133, losing 0.7 percent against the dollar last week on weak economic data out of the region.

The ongoing tussle between Rome and Brussels over Italy’s free-spending budget, which violates the European Commission’s fiscal rules, has also put the euro under pressure.

On the other hand, Italian Deputy Prime Minister Matteo Salvini indicated on Sunday the possibility of changing the country deficit goal for the next year, a decision that could open talks between Rome and Brussels to avoid a penalty against Italy.