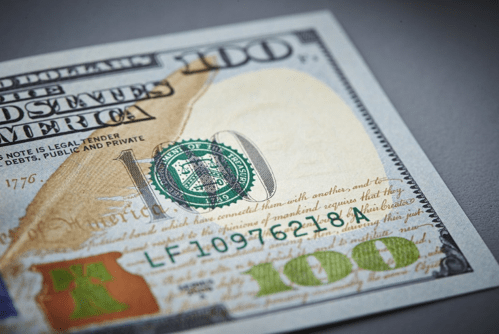 The U.S. dollar reached its highest point in almost two months against its main peers on Thursday after the Federal Reserve unexpectedly brought forward its projections for interest rate hikes into 2023.

The dollar index, which tracks the greenback against six rivals, rose as high as 91.484 in Asia for the first time since April 19.

The New Zealand dollar was the only currency that made any meaningful headway against the greenback among major currencies. It rose 0.6% after data showed New Zealand’s economy much faster than expected in the first quarter. The kiwi dropped more than 1% on Wednesday.

The greenback rose to an almost a two-month high of $1.1984 per euro on Thursday. It extended its gain of about 1% from the previous session.

The dollar strengthened its position against the yen as well. It strengthened to as high as 110.825 yen, a level not seen for more than two months.

The Australian dollar was not so lucky, as it dropped $0.75975, the lowest point since April 13, before trading 0.3% higher to recoup some of Wednesday’s 1% tumble.

Another main currency the British pound fell to the lowest level since April 13. The Canadian dollar also suffered losses, and it declined to the lowest point since May 5 at C$1.2292, before trading little changed in the Asian afternoon.

Cryptocurrencies were also hurt by the greenback’s strength, with bitcoin hovering around $39,000. On Wednesday, its price fell 4.5%.

Investors continue to digest the Federal Reserve’s hawkish tone in its latest policy decision. The central bank considerably raised its expectations for inflation in 2021. The Fed also brought forward the time frame on when it will next raise interest rates. But the central bank gave no indication as to when it will begin cutting back on its aggressive bond-buying program.

The Federal Reserve raised its headline inflation expectations to 3.4%, a full percentage point higher than the March projection. But the post-meeting statement continued to say that inflation pressures are temporary. Even with the raised forecast for this year, FOMC still sees inflation trending to its 2% goal over the long run. The raised expectations come amid the most serious rise in consumer prices in about 13 years.