Home News Forex Dollar Rose Due to Positive Economic Data. What About Euro? 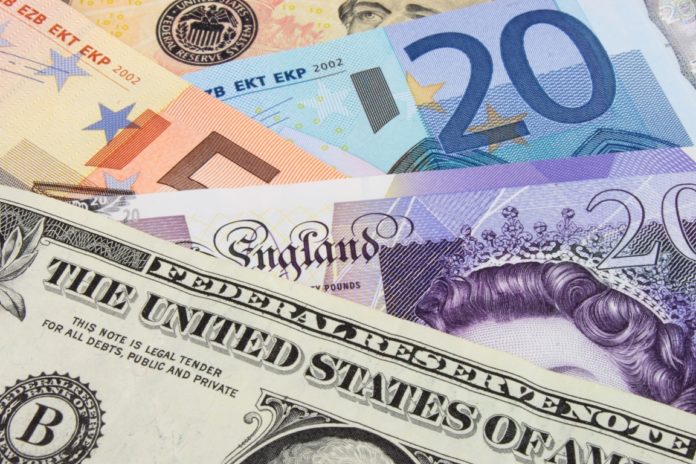 The U.S. dollar managed to hold onto gains against major currencies on Wednesday. Positive U.S. economic data and worries about the second wave of Covid-19 infections in Europe and Britain supported the greenback.

Traders’ focus is on the New Zealand dollar today. There is a meeting scheduled later on Wednesday, and they expect the country’s central bank to leave its official cash rate at record lows while updating its assessment of the economic outlook.

It seems the dollar will continue to soar higher in the short term as the coronavirus shakes sentiment in Europe. However, uncertainty about this year’s U.S. presidential election means the greenback could be prone to more volatile moves.

Masafumi Yamamoto, the chief currency strategist at Mizuho Securities in Tokyo, stated that some people are betting for more dollar strength versus the euro, which looks overvalued. Meanwhile, the picture in Europe has completely changed. The economic rebound is stalling, and a second wave of the virus has already begun. Yamamoto is also worried about U.S. politics.

How did the major currencies trade?

On Wednesday, the dollar stood at $1.1708 per euro in Asia, close to a two-month low hit in the previous session.

The British pound traded at $1.2744, hovering to its lowest point since late July. British Prime Minister Boris Johnson unveiled new restrictions on business activity to fight a second wave of the virus, causing the sterling’s decline.

The greenback changed hands at 0.9198 Swiss francs, holding onto a 0.6% gain from Tuesday. However, it changed insignificantly at 105.06 yen.

Traders are concerned that Britain and the European Union will fail to agree on a free trade deal. That would cause additional economic strain.

In Asia, the New Zealand dollar sat at $0.6631, while investors waited for the policy decision by the country’s central bank.

They expect the Reserve Bank of New Zealand to hold off on further stimulus. Nonetheless, traders want to see how the central bank assesses the impact of the pandemic. The Australian dollar was steady at $0.7172.