The dollar slumped in Asia on Tuesday after US Treasury yields slipped from three-month lows, with investors fretting over a possible pause in the Federal Reserve’s rate hike cycle and portents of recessions seen in a yield curve inversion.

The US 10-year Treasury yield fell to 2.94 percent on Tuesday, its lowest level since mid-September. The difference in yield between the US 2-year and 10-year tightened to its narrowest since July 2007.

“Falling US yields are a negative for the dollar, especially versus the major currencies,” said Rodrigo Catril, who is the senior currency strategist at NAB.

The curve between 3-year and 5-year notes inverted for the first time since 2007 on Monday and was last standing at minus 1.2 basis points.

The 2-year and 10-year yield curve is a key focus for investors as an inversion is seen as an indicator of a US recession. A yield curve is considered to be inverted when yields on longer-dated maturity bonds are lower than shorter-dated bonds.

Catril added that US Treasury yields are close to crucial technical support levels, a break of which could fan further pressure on US yields and the dollar. The dollar index, which is a gauge of its value versus six major peers, was off 0.23 percent at 96.8.

The weakness in the dollar comes against the backdrop of a temporary truce in the US-China trade conflict, which has bolstered investor confidence in riskier currencies against the safe-haven greenback.

The dollar had been buoyed for most of 2018 by the bustling growth in US economy and a relatively hawkish Fed, which is widely expected to raise its policy interest rate later this month.

Markets have priced in an 87 percent probability of a rate hike at the Fed’s December 18 to 19 meeting.

The dollar came under pressure last week when the market interpreted comments from Fed Chair Jerome Powell as a clue for a slower pace of rate hikes.

A more dovish tone from the Fed last week has led markets to question how many times the central bank will hike rates in the next year.

“Given data remains strong, we think the Fed will hike twice in 2019 and that’s more than what the market is pricing in right now… we remain moderately bullish on the dollar,” said Nick Twidale, who is the chief operating officer at Rakuten Securities.

Currencies like the Chinese yuan, which were stomped in the US-China trade war, are expected to trade stronger against the dollar in the coming weeks as investor sentiment improves. 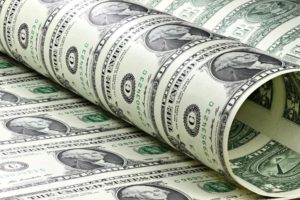 The dollar slipped 0.5 percent against the offshore yuan to 6.8375. On Monday, it lost 1.07 percent, its steepest percentage fall since August 25.

“For now, it seems China has got the best out of G20 and we expect the yuan to remain supported,” Twidale added.

On the other hand, he cautioned that the markets need to see a further easing in trade tensions for the risk-on rally to continue.

The Aussie dollar benefited from the broad based dollar selling, gaining 0.2 percent in Asian trade at $0.7368. The Reserve Bank of Australia kept its policy cash rate unchanged on Tuesday in a widely anticipated decision.

The yen traded at 113.05 to the dollar, with the benchmark losing 0.5 percent versus the Japanese currency.

Meanwhile, pound gained 0.2 percent to trade at $1.2744 due to broad dollar weakness. On Monday, the pound fell below $1.27 for the first time since October 31.

Sterling has posted losses for three consecutive weeks as traders bet that that British Prime Minister Theresa May will not be able to pass her Brexit deal through parliament on December 11.