The dollar lost nearly half percent against the euro and the yen on Monday after a weak US payrolls data fanned speculations that the Federal Reserve may stop raising interest rates after a highly likely move next week.

The Chinese yuan slumped after a weak trade and inflation data over the weekend, while the British pound reached an 11-week low against the euro as Prime Minister Theresa May’s deal to exit the European Union looks set to be rejected by parliament on Tuesday.

“We have rising tensions between the United States and China over Huawei and the Brexit vote in the UK parliament. The risk-off mood is likely to prevail for now,” said Kyosuke Suzuki, who is the director of forex at Societe Generale.

US non-farm payrolls gained by 155,000 jobs last month, below economists’ median forecast of 200,000 jobs and the wage increase was softer than expected even if its annual raise remained close to the highest level in nearly a decade.

A number of Fed policymakers have adopted a cautious tone about the economic outlook, potentially flagging a turning point in its monetary policy.

Federal Reserve Governor Lael Brainard said on Friday that the economic picture was broadly positive but that risk was growing overseas and in the corporate debt markets at home.

“The Fed will surely raise rate this month but people were thinking that it could indicate that it won’t be in a hurry to hike them further. Such wariness have grown further after the data,” said Akinori Fukushima, who is the chief manager of forex at Mitsubishi Trust and Banking.

Investors are becoming increasingly worried about the rising tension with China that participants believe could take a toll on the US economy.

Even though US President Trump and Chinese President Xi Jinping struck a 90-day truce on tariffs earlier this month, US Trade Representative Robert Lighthizer said on Sunday that there is a “hard deadline,” remarking that US-China trade negotiations need to reach a successful conclusion by March 1.

Additionally, reignited tensions between the two countries flared this week after Meng Wangzhou, who is a chief financial officer at China’s tech giant Huawei Technologies, was arrested in Vancouver at the request of the United States.

As the dollar slumped, the euro edged up 0.5 percent to $1.1435, even as the “yellow vest” anti-government protesters wreaked havoc in Paris during the weekend.

French President Emmanuel Macron will address the country on Monday as he attempts to placate the protesters.

Meanwhile, in London, Prime Minister Theresa May faces an internal revolt against her Brexit deal ahead of the crucial vote in the parliament on Tuesday. In spite of the gloomy outlook, the PM plans to push ahead with the vote while senior lawmakers in her own party stacked up pressure on her to go back to Brussels and seek a better offer.

A rejection could throw plans for Britain’s exit into turbulence and leave her own political future hanging in the balance.

Against the dollar, the British pound inched up 0.2 percent to $1.2746. Versus the euro, it traded at 89.70 pence per euro, close to its weakest level since late September.

“I’d say rejection is almost priced in and the focus is on by how much margin she would lose. The chance of May’s government getting toppled increases if there is a large revolt,” said Fukushima. 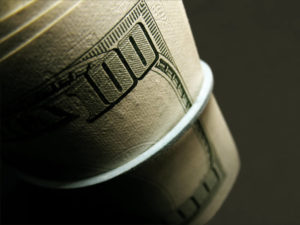 The Chinese yuan was on the defensive as well after the weak data pointed to a further cooling in the world’s second-biggest economy.

China’s November exports gained just 5.4 percent from a year earlier, and this is the weakest performance since a contraction in March and well short of the 10 percent forecast in a survey, adding to the evidence that the demand is weakening globally.

Import growth was 3 percent. This is the slowest since October 2016 and a fraction of the 14.5 percent forecasted in the survey.

The lackluster data reaffirmed the views that Chinese authorities will have to roll out more support and stimulus measures soon to stabilize the economy, even if a trade deal with Washington can be reached.

The yuan was last at 6.8895 against the dollar, having slipped 0.2 percent earlier in the day.