The dollar broadly slumped on Monday as investor demand for riskier assets increased after China and the United States agreed to a ceasefire in their trade war, which has shaken and disrupted global markets.

The White House said on Saturday that US President Donald Trump told China’s President Xi Jinping sat the G20 talks in Argentina that he would not hesitate to raise tariffs on $200 billion of Chinese goods to 25 percent on January 1, just like what he previously announced.

China and the United States will attempt to bridge their trade differences via new talks aimed at reaching an agreement within 90 days.

Riskier currencies such as the Australian dollar and New Zealand dollar gained 0.75 percent and 0.5 percent, respectively, while safe haven currencies like the yen weakened in early Asian trading, indicating a clear risk-on sentiment in the financial markets.

“The trade truce is definitely risk positive for the markets…we expect dollar safe haven buying to fade and riskier currencies such as the Aussie and kiwi to scale higher,” stated Rodrigo Catril, who is the senior currency strategist at NAB.

Catril remarked that crosses such as the Aussie/yen and kiwi/yen are likely to see further upside as currency traders absorb the truce between the world’s two biggest economic powerhouses.

The US dollar index, which tracks the greenback’s strength against a basket of other major currencies, traded lower 0.36 percent to 96.92.

The safe-haven yen traded a tad lower at 113.45 on Monday. It had hit an intra-day low or 113.85, manifesting the dominant risk-on sentiment.

The common currency also gained 0.3 percent to $1.1350 in the midst of heavy dollar selling.

On the other hand, some analysts cautioned that many issues still have to be addressed and resolved for risk sentiment to stay bullish in the medium term.

“A lot will depend on developments in the next 90 days, but given the US and China are on different pages, we don’t think the optimism can last. We reiterate trade wars need to be framed in terms of who hurts the least and see the G20 meeting as a stronger win for the US,” said Sue Trinh, who is the head of Asia EM FX strategy at RBC Capital Markets.

Aside from trade, investor focus will also latch on US monetary policy as the Federal Reserve is expected to raise interest rates by 25 basis points later in December, which would be its fourth rate hike this year. 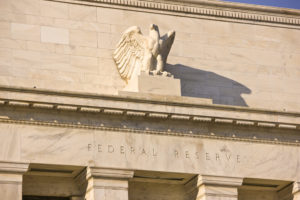 “The developments over the weekend will give the Fed more confidence to raise rates in 2019,” said Michael McCarthy, who is the chief market strategist at CMC markets.

The dollar had come under pressure last week when the market took the comments by Fed Chairman Jerome Powell as indicating at a slower pace of rate hikes.

Powell is scheduled to testify before a congressional Joint Economic Committee later this week.

“We believe that Powell has simply toned down his hawkish tilt seen in October, with the Fed on track to deliver a hike, the fourth this year, at the FOMC meeting on 19 December, as well as another four increases in 2019,” said Philip Wee, who is a currency strategist at DBS.

The British pound gained slightly against the dollar to $1.2760. It has posted losses for three weeks in a row as traders bet that Prime Minister Theresa May will not be able to pass her Brexit deal through Parliament on December 11.

The dollar also lost some value against commodity currencies like the Canadian dollar and Norwegian crown, with crude oil prices soaring on Monday.