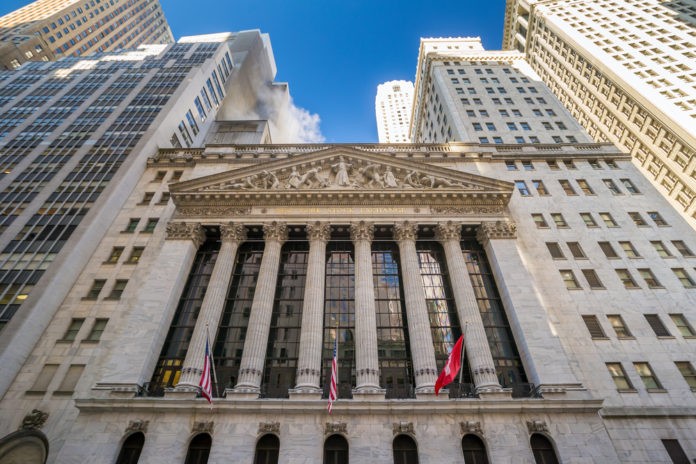 Wall Street closed with gains on Thursday. The Dow Jones Industrials rose 0.62% after a volatile session. Finally turning towards optimism due to the pandemic’s economic recovery.

The Nasdaq index brings together the most important technology companies in the market. It rose 0.12% or 15.79 points to 12,977.68 integers.

The New York stock market broke the bad streak it had been going through since Tuesday at the last minute. Investors took up the change in values ​​with which they are preparing for the resurgence of economic activity.

The number of applications for unemployment benefits in the US fell last week below 700,000 for the first time since the coronavirus pandemic began. This has been a source of encouragement for traders. However, economists don’t seem to have an optimistic economic outlook in the US.

The IMF figures show that the Federal Reserve bought almost 60% of the US central government’s debt between February and September. It was closely followed by the Bank of England, which bought 50%. Meanwhile, the Bank of Japan and the European Central Bank each bought more than 70% of their governments’ public debt issues during this period.

Keith Wade, a chief economist at the British manager Schroders, says that recent history and how central banks are dealing with this crisis suggests that monetary entities will continue to play an essential role in bond markets for much longer.

The expert predicts that the US will not experience an economic situation as unfavorable as Japan’s. However, the unprecedented level of official participation means that the US bond market could go in the same direction as the Japanese sovereign debt market.

Wade highlights that Japan’s debt is significantly higher than that of the United States. However despite this, it remains stable rather than increasing. This reflects the poor position of the US government’s finances before the coronavirus. The budget deficit was at 6.3% of GDP when the economy was doing well. Unemployment was below 4%, the lowest level in 50 years.