The trade deal between the largest economies in the world is a serious issue. The U.S. has the biggest economy, while the economy of Japan is the third-largest in the world. It means that cooperation between the two countries can influence the global economy.

It is worth mention that during the last several decades U.S. and Japan became strategic partners. However, after Donald Trump took office in 2017. He made it clear that he was not happy and what followed affected the U.S as well as the global economy. Right now, apart from the ill-famous trade war between the U.S. and China, there are other issues as well. One of the problems is the U.S.-Japan trade deal.

The problem is that Japanese officials demanded that the U.S won’t impose national security tariffs on the cars which are manufactured in Japan. The same rule applies to auto parts. This issue can derail the trade talks between the U.S. and Japan.

It means that Shinzo Abe and Donald Trump may sign a limited trade deal. The United Nations General Assembly will take place this week. There is another scenario, according to which Abe and Trump may issue a joint statement. The purpose of this statement is to highlight the fact that both sides are ready to solve the problems in several weeks.

As mentioned above, Japan and the U.S. are close to signing the trade deal. In August, Trump met with Abe in France, after the meeting U.S. President said that countries reached an agreement concerning major principles. The Trump administration even went further as it sent a notification to Congress. The administration decided to notify Congress about the upcoming deal. 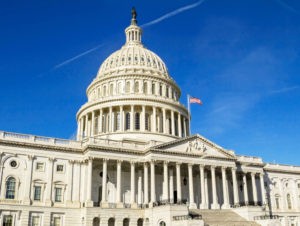 There is an issue which remains as bone of contention between the U.S. and Japan. This problem is the Japanese auto industry. Trump threatened to impose tariffs on Japanese imported to the United States. In May of this year, Trump Administration determined that Japanese-built cars pose a national security threat for U.S. According to the U.S. officials, the Japanese cars threatened the U.S. carmakers. As a result, such a situation would endanger the U.S. military.

This gave Trump the right to impose tariffs. However, in May, the administration to delay these tariffs for six months. Japan was reluctant to negotiate with Trump; this problem forced Japanese authorities to discuss the trade deal. It is worth mentioning; Trump made the decision to withdraw from the Trans-Pacific Partnership. He explained his decision by saying that bilateral trade deals are better than this agreement which also included Japan.

The problem is that Japan wants to avoid this scenario. To achieve this goal Japan demanded that the trade deal would include “sunset clause.” This part of the agreement will give Japan the right to cancel any trade benefits awarded to the U.S. by Japan.