On Wednesday, payment processor ADP in cooperation with Moody’s analytics published information regarding the private-sector employment. According to an estimate, job growth failed to meet expectations. Problems connected with the job market will affect the U.S. economy.

Economists expected that the U.S. labor market would add 150,000 jobs in November. The official information prepared by the Labor Department will become available on Friday. However, there is a chance that private payrolls won’t be as promising as expected.

It means that private-sector employment slowed sharply in November. Last month, private companies added 121,000 jobs. According to Mark Zandi, who is a chief economist for Moody’s Analytics, the job market experienced problems. He mentioned several reasons which affected the job market. One of the major factors is that job openings are declining. Moreover, this will have a lasting effect on the market, as without an adequate number of jobs opening unemployment will increase in the future.

It is worth mentioning that some economists expected that the official report would show 189,000 jobs created in November. However, the increase will include workers who will return to the General Motors Company after the four-week. Thousands of GM employees took part in the strike organized by United Auto Workers. The data provided by ADP and Moody’s Analytics does not include this information. 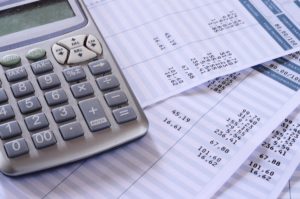 The trade war between the U.S. and China continue to affect the U.S. job market and economy in general. The trade disputed started a long time ago in 2018. However, it remains one of the biggest problems for the economy.

Since 2018, U.S. and China imposed tariffs on products. The trade dispute between the two largest economies in the world created additional problems for the companies. Even though China and the U.S. came to an agreement regarding the “Phase one” deal, uncertainty is harmful to the economy.

There are other issues, as well. GM and the United Auto Workers Union reached an agreement. However, this was not enough to boost the goods-producing industries; this sector lost 18,000 jobs in November.

Other sectors, such as trade, transportation, and utilities, also suffered the number of jobs decreased by 15,000.

Moreover, small businesses also had a tough month, as companies with less than 20 employees had to reduce the number of employees by 15,000.

Hopefully, there is some good news as well. For example, education and health services added 39,000 jobs while professional and business services added 39,000. Additionally, the hospitality sector increased by 18,000. One of the well-paid which can be found is related to Wall Street, which added 11,000 jobs in November.

Last month, most of the job creation came from bigger companies. For instance, companies with 50-499 employees provided 29,000 jobs, while big businesses added 27,000.

Last but not least, it is essential to keep in mind that ADP/Moody’s results can differ from the government data. However, they provide useful information when it comes to the jobs market. In October, ADP reported that private companies created 121,000 while the government’s data showed that the private sector added 131,000.