It is a well-known fact; Saudi Arabia is the second-largest oil-producing country in the world. Moreover, its state-owned company Saudi Aramco is the most profitable publicly listed company in the world. The oil industry has crucial importance for the local economy.

Recently, Saudi Arabia announced a budget for 2020. According to the information, the kingdom’s budget for 2020 is 1.02 trillion reals or $272 billion. Saudi Arabia’s real growth in its gross domestic product, which is adjusted for inflation, may reach 2.3%.

The finance minister of Saudi Arabia, Mohammed Al-Jadaan, stated that his country is not running out of money. He made this comment when asked about the reserves.

It is worth mentioning, last month, the former chief of the CIA, David Petraeus, stated that Saudi Arabia was gradually running out of money.

There is another issue connected with the country’s sovereign wealth fund. Saudi Arabia does not openly publish the amount of assets is accumulated in the wealth fund. It means that information regarding the Public Investment Fund (PIF) is not available to the public.

The Institute of International Finance published a report in June. Based on this report, the kingdom has assets worth around $300 billion. Another interesting part of the report is that roughly a quarter of its holdings overseas.

However, the Sovereign Wealth Fund Institute’s data is different. According to this institute, Saudi Arabia holds closer to $320 billion.

On Monday, Al-Jadaan stated that the kingdom has significant funds in its fund. He mentioned that Saudi Arabia has the third-largest pot of foreign reserves.

Saudi Arabia and the economy 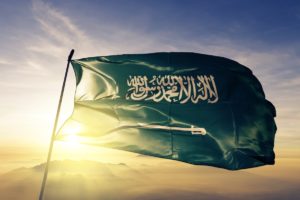 As mentioned above, Saudi Arabia announced a budget of 1.02 trillion riyals or $272 for next year. The revenues in 2020 would fall 833 billion riyals. This year revenues are expected to reach 917 billion riyals.

On Wednesday, the shares of Saudi Aramco will begin trading on the local stock exchange Tadawul. It will be the largest Initial Public Offering (IPO) in history, priced at $25.6 billion. The previous record belongs to Chinese e-commerce giant Alibaba. In 2014, Alibaba raised $25 billion.

Two years ago, Saudi Crown Prince Mohammed bin Salman stated that half of the revenues from Aramco’s listing could be used for the local projects. The Public Investment Fund would use this money to diversify the economy which currently depends on the oil industry.

However, the partial listing of the state oil company Saudi Aramco did not live up to the expectations. The hope that it would boost the country’s balance sheet is fading, as some estimates suggest the final size of the IPO is lower than expected.

The finance minister of Saudi Arabia also made touched this topic. Al-Jadaan still believes Aramco is worth more than $2 trillion. Nevertheless, he acknowledged that it was up to the market to determine the price of Saudi Aramco.

Saudi Arabia relies on the money generated by the oil industry. It means that it is vulnerable to price fluctuations. Consequently, due to the oil prices, Saudi officials will have to tighten fiscal policy to control the widening budget deficit in 2020.