The Republic of India declined to join an Asia Pacific trade pact. Asia’s third-largest economy after China and Japan announced this decision on Monday.

This decision, without a doubt, will affect the future of a trade pact. This pact was supposed to form a trading bloc involving countries including China, Japan, and South Korea, etc. The negotiations process regarding the trade pact started in 2013. This fact underlines that it took a lot of time and energy to prepare this pact.

The Regional Comprehensive Economic Partnership (RCEP) is an agreement between the Association of Southeast Asian Nations and its large trading partners. The partners included China and other economic powers across the Asia Pacific region. However, due to India’s refusal to join this agreement number of signatories would decline to 15.

Vijay Thakur Singh is a diplomat who works for India’s Ministry of External Affairs. She made a comment regarding this topic. Moreover, she added that her country already informed other member states that India is not going to join the RCEP agreement.

She explained this decision by saying due to the current global situation, India is not ready to sign this agreement. However, she declined to reveal the details. Vijay Thakur Singh noted that member states knew why India couldn’t sign this trade pact.

One of the major factors why the Indian government made this decision may be that India is reluctant to open its markets. Indian authorities think that cheap products imported from China and other countries will affect the local economy.

Several countries, including Indonesia and Japan, worked hard to persuade the Indian government but without success.

RCEP and its influence on the economy 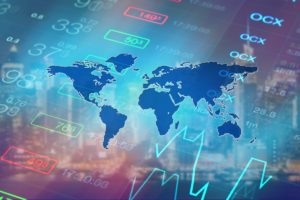 The news that India made the decision not to join the RCEP is important for the future of this agreement. Nevertheless, 15 countries agreed to sign the RCEP after a meeting in Bangkok.

The leaders of the countries which are going to become the signatories, as well as India’s Prime Minister,  attended the ASEAN summit in Thailand.

According to Thailand, countries will sign the RCEP agreement in 2020. The Text of the deal is ready, and the next step is a legal review.

Moreover, this deal will significantly boost the trade between the member states. This will happen thanks to reducing the tariffs in man sectors.

Also, it will help to protect intellectual property. This issue is very important due to problems connected with infringing property rights.

This trade pact will affect the global economy. It is important to mention that 15 countries combined account for nearly a third of global domestic product. China, which is home to 1.4 billion people is among the signatories. It means that the RCEP members will have access to the largest country in the world in terms of population.

The RCEP agreement without India is still a good result, but it could have been even better with India.