Economy: The purpose of the trade war

Home » Economy: The purpose of the trade war

On Thursday, the Chinese Commerce Ministry released information, which created confusion among analysts. According to the Chinese officials, China and U.S. agreed to scrap the existing tariffs as part of a “phase one” deal. Moreover, U.S. officials also confirmed this information.

It is worth mentioning that tariff rollback was not part of the initial deal agreement. In October 2019, U.S. and Chinese representatives reached an agreement.

The exciting part of the story is that not even a person from the Trump Administration decided to talk about this news. Moreover, the United States Trade Representative’s office is also reluctant to confirm or to deny this information.

According to current and former administration officials, this topic divided the administration. It means there is no unilateral decision when it comes to lifting the tariffs imposed on Chinese goods.

The situation regarding the trade war between the U.S. and China is not as simple as people; it is for several reasons. The history of mutual animosity predates ongoing trade war. The number of problems is not only connected to trade.

There are other issues as well, such as defense, culture, and technology. It means that even the current agreement won’t solve all the problems. Let’s not forget that a negative attitude towards China and politics started a long time ago. It means that even without Donald Trump, U.S.-China relations were far from being ideal.

According to Daniel Kliman is the former senior adviser of the U.S. defense department. The roots go back far beyond an ongoing trade war. He thinks that even if Hillary Clinton or any other Democrat had won the elections relations would still deteriorate.

The overall feeling among the U.S politicians was that the country had to change its approach to China. This fact underlines that problems accumulated for decades. Donald Trump and his administration decided that it was time to reveal all of these issues. 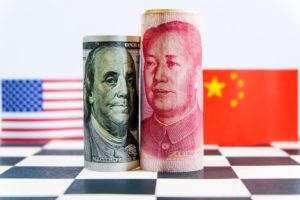 In 2001, when the People’s Republic of China joined the World Trade Organization, people though that would bring economic benefits. However, after 18 years, this plan never materialized, according to Ray Bowen. He worked for the U.S. government as an economic analyst for 17 years.

It is worth mentioning that the so-called “China shock” was a serious blow for the U.S. economy as thousands of employees lost their jobs. Also, most of the factory jobs in the U.S. states that voted for Donald Trump in 2016.

A lot of U.S. companies closed the factories in the U.S. and opened the new ones in China. The major reason why companies decided to relocate was that salaries in China were significantly lower than in the U.S.

However, this decision also proved controversial for another reason, which is the technology transfer. U.S. companies had to transfer their intellectual property to Chinese companies. Otherwise, they could lose access to the Chinese market.

In this situation, it is not surprising that trade war erupted between the countries after so many problems affected their economies.