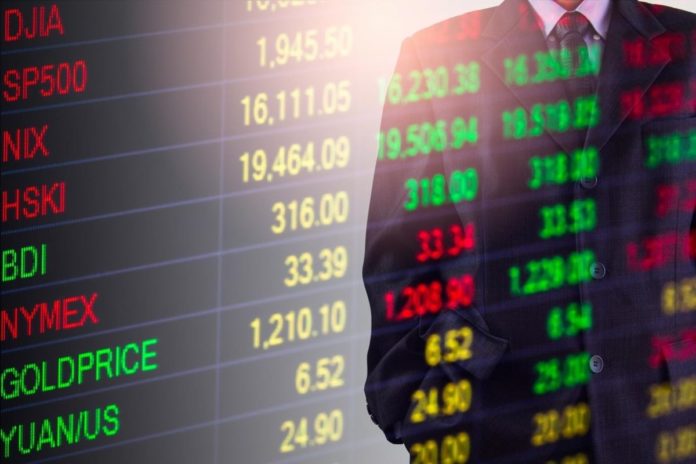 Asian stocks were mostly down in Tuesday trade, as various companies downgraded China’s GDP forecasts amid a power crunch.

On Tuesday, Goldman Sachs cut its China GDP growth expectations to 7.8%, while 8.2% was previously anticipated. Meanwhile, Nomura anticipated China’s GDP to rise by 7.7% this year, down from a previous forecast of 8.2%.

European markets also resumed digesting the fallout of the German election on September 28 after the vote on Sunday resulted in more uncertainty for the country.

Remarkably, the center-left Social Democratic Party (SPD) got the largest share of the vote with 25.7% by a slim margin. Meanwhile, Angela Merkel’s right-leaning bloc of the Christian Democratic Union and Christian Social Union gained 24.1% of the vote.

According to the GfK institute’s consumer sentiment index, German consumer morale for October has brightened unexpectedly. Meanwhile, the survey of nearly 2,000 Germans boosted to 0.3 points from a revised -1.1 points for September. It surpassed a Reuters forecast for -1.6.

The market is waiting for ECB President Christine Lagarde’s speech at the ECB Forum on Central Banking. Moreover, investors are also focused on OPEC’s World Oil Outlook due Tuesday.

Remarkably, the mixed moves on Wall Street came as the 10-year Treasury yield hit 1.5% in the previous session, its highest level since June. It later moved further above those levels, and last stood at 1.5478%. As we know, yields move inversely to prices.

Oil prices were up in the afternoon of Asia trading hours. International benchmark Brent crude futures climbed 0.86% to $80.21 per barrel. U.S. crude futures surged 1.03% to $76.23 per barrel.