Eurozone’s economic expansion is under question

Eurozone’s economic expansion is under question

European Union’s executive arm, which is the European Commission released a forecast which underlines the current economic situation. On Thursday, this forecast became available to the public.

Moreover, the European Commission had to lower the economic for 2020 as well. Based on the latest information euro zone’s economy will grow by 1.2% instead of 1.5%.

It is important to mention that euro zones consist of 19 countries.

There are several factors that have the potential to affect the eurozone economy. Commission thinks that ongoing trade tensions around the world are going to decrease the chance of economic situation. Another issue is the uncertainty regarding trade policies.

Unfortunately, there are many problems, and one of them is the future relationship between the U.K and the EU. The process of Brexit took longer than expected, and it is far from being over. The leaders of the EU and the U.K. changed the deadline multiple times. Moreover, the major question which remains is what will happen with trading rules after the Brexit.

The protracted trade war between the U.S. and China, which dates to 2018, is another problem for the eurozone as well as the global economy. The U.S. and Chinese representatives reached an agreement in October. However, the exact date when the U.S. president and China’s president will sign the “phase one” remains unknown. There is a chance that this may not happen until December. 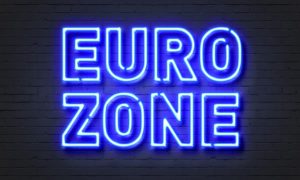 European Commission is not alone as the European Bank for Reconstruction and Development also lowered its forecast on Wednesday.

The EBRD is monitoring the situation in 37 countries across three continents. Based on its latest economic outlook, the average growth rate will be 2.4%. This figure is lower than in 2018 when the economy increased by 3.4%.

Italy has the slowest growing economy in the eurozone. The European Commission’s forecast is quite harsh, but we should take into consideration the current state of affairs in Italy.

Another pressing issue is Italy’s public debt. The country has the second-highest public debt in Europe. In 2021, the debt will reach 137.4% of its GDP.  Moreover, the unemployment rate is also quite high will remain at 10% between 2019 and 2021.

Germany which has the biggest economy in Eurozone, would keep a budget surplus for the next two years. However, even Europe’s largest economy is facing problems. The budget surplus will fall to 0.6% of its GDP in 2020. Moreover, in 2021 this number will decrease to 0.2%.

In this situation, it is not surprising why the European Commission had to lower the economic forecasts for 2019 and 2020.