Facebook is a very popular social media network, with two billion users around the world. In 2019, the company unveiled the cryptocurrency project Libra. The backlash from various lawmakers and organizations showed that it would be quite hard to launch this cryptocurrency due to various reasons. The California-based company was struggling to deal with the Cambridge Analytica data scandal.

In this situation, it is not surprising that many people raised concerns regarding this project. Moreover, companies that initially supported this cryptocurrency project started to leave the project. However, none of the companies provided details and recently, Mastercard’s CEO Ajay Banga became the first executive to explain his position.

Initially, Banga supported this project. However, due to concerns over the regulatory compliance of Libra and the business model, he decided to withdraw from the project.

Moreover, he mentioned the risks in Libra not enforcing Know Your Customer (KYC) AML and data management protocol.

The CEO of Mastercard also mentioned another drawback of the project. Libra’s model for making money does not make sense; he did not specify details. However, most likely, he was referring to the high barrier of entry of a purported $10 million for becoming a Libra partner. Also, this may refer to the maintenance cost of network nodes and servers. 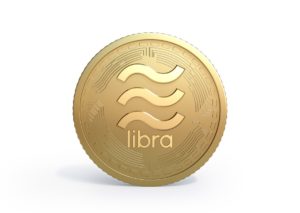 In June 2019, Facebook presented its cryptocurrency project Libra. The list of companies that supported this project was quite impressive. In total, 30 companies decided to take part in this project.

Facebook’s CEO Mark Zuckerberg had to defend this project in the U.S. Congress. Nevertheless, he was unable to convince the U.S. lawmakers.