The exchange rate in the Forex market is the number of units of the secondary currency necessary to buy one unit of the base currency. For example, in the EUR/USD pair, the euro’s exchange rate against the US dollar indicates how many US dollars we need to buy one euro. 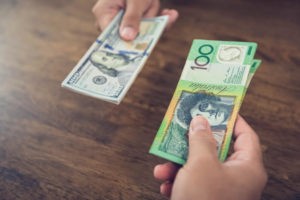 The exchange rate between currencies is determined based on the relationship between supply and demand. These two are closely linked to the country’s exports and imports. Supply and demand have a fundamental role in international trade and the economic situation of each country. The governments and central banks may intervene through measures affecting exchange rates by monetary policy.

Buying and selling prices of different currency pairs in the Forex market fluctuate constantly. Numerous economic, political, and sociological aspects of the market can affect these exchange rates. We’ll discuss the main factors that influence them.

The trade balance shows that a surplus if the country’s income from foreign trade is higher than its expenses. If expenses are greater than income, there will be a deficit in the trade balance. The surplus will cause the domestic currency to increase in value while the deficit will cause a decrease in the exchange rates of the country’s currency against other foreign currencies.

The real income of citizens

When the citizens of a country have greater purchasing power, imports will tend to grow more than exports. It will cause a greater demand for foreign currency that will lower the exchange rates of the local currency.

Sentiments in the Forex currency market also have a great influence on exchange rates. Similarly, any rumour about the economic or political situation of a country or about intervention on interest rates by a particular central bank can cause currency exchange rates to fluctuate.

Although there are more reasons influencing the exchange rates specific to each currency, these are the main factors that contribute to it.