There are numerous factors which one wat or another are connected to the foreign exchange markets. However, it will take a lot of time to discuss all of them. This time, we will discuss the main external influencers of the forex market.

Let’s start with the country’s economy. It is a well-known fact that the state of the economy is directly connected to the country’s currency. The economy, without a doubt, is very important because it has an overreaching influence over the financial markets, and the forex market is not an exception.

Also, it is important to keep in mind that the economy has its influencers. On a regular basis, people hear about a gross domestic product, inflation targets, benchmark interest rates, etc. Those factors shape the country’s economy.

The central banks around the world are monitoring the situation. As a result, the decisions made by the central bank will further affect the economy.

It means that GDP, as well as the inflation targets and manufacturing data,  are used to determine whether this or that country is developing or not. The central bank will use stimulus programs to boost the economy.

The country’s economy is influencing the forex market. However, there are other factors, as well. Another important factor is the balance of trade. In the modern world, the economies of other countries also affect the market.

The balance between the exports and imports is crucial as when a country imports more products than it is selling abroad this is a problem. A trade deficit is a serious challenge. For example, if a country has a large trade deficit, people will start selling the currency of this country. This will be a massive blow to a country’s currency.

The political climate between the countries will also affect the forex markets.

Forex and Types of traders 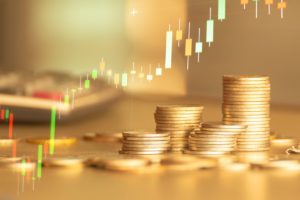 There is no universal type of trader. Every trader is different as they have different skills as well as qualities. There are three main types of traders: noise traders, sentiment traders, and market timers.

The first type of trader is the noise trader. People who would like to start trading probably think that they should read a lot of reports and news daily.

However, noise traders are those traders who do not use fundamental analysis or economic data. The noise trader will make the decision based on his or her impulses.

Sentiment traders are looking for trends, and after finding an interesting trend, they will follow this trend. They are using different sentiment indicators.

Last but not least is the market timer. Noise trader tries to anticipate market movements. Sentiment trader is trying either follow the general trend or going against the trend.