Gold closed on its best month in almost four years

After having had its best month in years, gold was trading lower on the last day of April. Traders traded at the typical profit-taking before the end of the month, so further declines could well be expected.

Jim Wyckoff, a senior analyst at Kitco, stated that economic data hadn’t reflected the true scale of the economic disaster yet. The US and world economies are still facing big risks. It is unclear how Coronavirus will play out and how fast businesses can reopen. According to the analyst, these questions are left without answers. 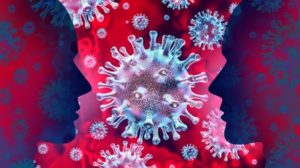 According to the latest update from the Center for Systems Science and Engineering at Johns Hopkins University, the number of cases has grown to 3.2 million infected in 186 countries. Fatalities have grown to almost 230,000 people.

In the United States, the infected cases have already reached 1.04 million people, and the death toll has already exceeded 61 thousand victims. Meanwhile, President Trump gave a new twist to the conspiracy theories. He stated in an interview with Reuters that  Coronavirus was a strategy by China to prevent him from winning the reelection for the United States presidency.

Spain is the second most affected country, with almost 240 thousand infected and more than 24.5 thousand dead. Italy follows with 203,000 cases and 27,000 deaths.

Gold down to profit-taking

The rebalancing of money pushed gold lower on Thursday, and after falling 0.38% on the day, the XAU / USD traded at 1,705.

In April, the XAU / USD closed the period with an 8.15% profit, which has been its best month since June 2016. The chart points to more gains in the short and medium-term. Wyckoff stated that at the beginning of the Coronavirus outbreak, markets reacted, and the gold market sold off. There was so much fear in the market that even buyers of haven assets were afraid to step up, the analyst said.