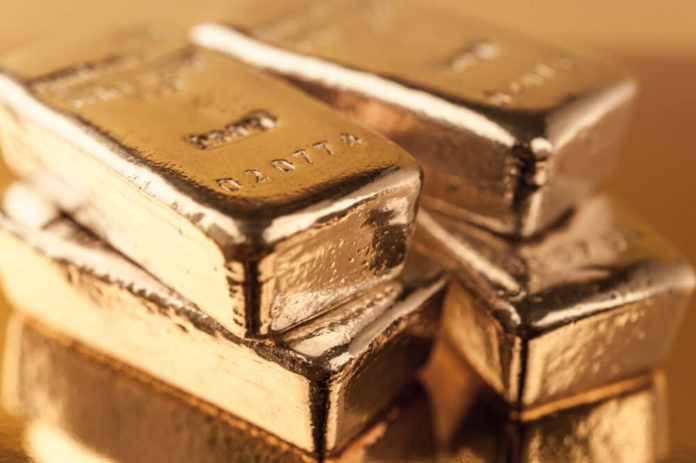 Gold futures plunged in precious metals for September 30’s session resulting in a loss for the month. Prices responded to a stronger dollar that has been weighing significantly on commodity prices. The gold recorded an eight quarterly gain though, underpinned by haven demand for the yellow metal.

The stats show that it was a great quarter for the metals, Brien Lundin, editor of Gold Newsletter said. But September was a lousy month. A small uptick in real interest rates was the primary reason for the month’s loss for gold, he said.

Considering the blistering move gold had made earlier in the quarter to over $2,000 an ounce, Lundin said. And the fact that it had failed to build upon that rally, he added.

All that was needed was the minor rise in real rates. To shake the weak hands out of the gold market and start a sell-off, Lundin continued.

For September, gold was down around 4.2% but was up 5.2%  over the three-month period that ended in September. In the meantime, silver lost almost 18% in September but gained as much as 26% for the quarter. Recently, the value of gold has decreased and increased in integration with the dollar.

A notable resurgence in the US dollar is considered by commodity investors. It has made the purchase of gold less compelling for overseas buyers, hence it is undercutting demand. According to the ICE U.S. Dollar Index DXY,  the greenback was up by 1.8% month to date.

The move for the safe-haven comes after a presidential debate between former Vice President Joe Biden and President Donald Trump. The race for the presidential seat is heating up in the United States with the November 3 elections approaching.

For the yellow metal, it was a buy-the-rumour, sell-the-fact over the Presidential debate. The market is more interested in the development of the stimulus talks.

Meanwhile, oil prices slipped on energy commodities on Thursday with rising COVID-19 cases dampening the demand outlook. It comes with price pressure from a rise in OPEC output last month. Moreover, losses were capped by renewed hopes for U.S. fiscal stimulus, though.