Gold prices fell on Monday after reaching $ 1,700, as investors sold bullion amid the collapse of the stock and energy markets, eclipsing demand for the metal as a haven. At the same time, Palladium sank up to 8% on the day.

The leading Wall Street indices sank by at least 5% because a collapse in oil prices and the rapid spread of the coronavirus increased fears of a global recession. 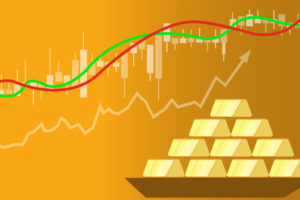 By losing more than a quarter of its value, barrel prices were heading for their most significant daily decline since the first Gulf War after Saudi Arabia reduced its official rates. Saudi shocked the market by launching a price war with Russia. US oil prices crashed at 34% to a four-year low of $27.34 a barrel as traders support Saudi Arabia to flood the market with crude in an attempt to recapture market share.

Crude finished with a massive loss of nearly 26% to close at $31.13 a barrel. Brent crude, the global benchmark, fell 24% to settle at $33.36 a barrel. According to Refinitiv, both oil contracts experienced their worst day since 1991, and they are at four-year lows.

Gold is often used as a protection against oil-driven inflation.

More than 3,800 died from the Coronavirus Worldwide

Wall Street reeled, and millions of Americans worried after the stock market’s worst day, mainly based on a concern over the coronavirus and oil prices.

More than 111,600 people have been infected by the coronavirus worldwide, and more than 3,800 died, according to Reuters estimates of official announcements.

The US death toll rose to 26, and several members of Congress are in self-quarantine after possible exposure.

In Italy, which has the most significant number of proved cases outside of China, travel constraints have been put on the entire country of sixty million people. Besides, there will be no public meetings and no sporting games. Prime Minister Giuseppe Conte shortly told his people to stay at home.