Gold struggles to keep 1,700 due to optimism in the market

Home » Gold struggles to keep 1,700 due to optimism in the market

Gold is trading lower on Tuesday after investors have decided to ignore the poor economic performance during the day. They have opted for optimism before reopening several regional economies around the world.

Besides, the metal is awaiting events starting tomorrow with the arrival of the central banks of the United States and the eurozone. 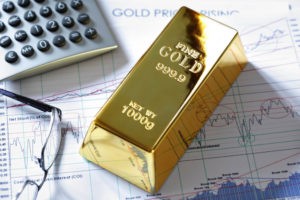 Within this framework, gold is operating for the third consecutive session. While the dollar is already being priced at 99.50. On the other hand, the barrel of WTI crude oil fell into $10.27 per unit earlier in the day. But it rebounded and traded positively at $13.45, posting a session gain of 3.1%.

Gold is trading lower for the third session online and having scored the maximum on Friday at 1736.56. The XAU/USD began to fall to operate below the critical level of 1,700 per ounce Tuesday.

Investors are currently awaiting a catalyst that will define the metal’s short-term future. This catalyst could be the Federal Reserve’s monetary policy meeting that started today. And will publish its interest rate and aid decision tomorrow.

Another important event for the market will be the interest rate decision of the European Central Bank that will be announced on Thursday in the morning.

According to the Center for Systems Science and Engineering at Johns Hopkins University, the number of confirmed infections of the coronavirus has already exceeded 3 million people in 185 countries, reaching a death rate of 212 thousand people.

The most affected country is the United States, with almost a third of confirmed cases. In terms of deaths, the United States has reported more than 56 thousand fatalities, a quarter of those who died worldwide.

However, many states in the union have decided to reopen the economy. The measure is contrary to the opinion of the World Health Organization.

According to the WHO, the partial reopening of the economy in Alaska, Georgia, South Carolina, Tennessee, and Texas, among others, would put the health of many people at risk. It could mean a resurgence of the virus in those regions.