The Reserve Bank of India increased its gold reserves by 7% during the last fiscal year. This is in comparison to the figures recorded in the previous period. 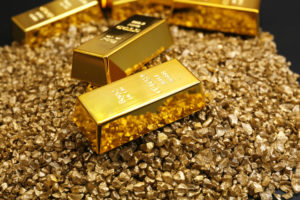 The number places India as the ninth country with the largest gold reserves, with the US, Germany, Italy, France, Russia, China, Switzerland, and Japan.

According to the report of the RBI, more than 50% of the total gold reserves are deposited in vaults located outside its territory. The Bank of England and the Bank for International Settlements (BIS) holds a total of 360.71 tonnes of gold owned by India.

Regarding the percentage that these reserves represent, they have grown from 5.59% to 6.40%.

In recent months, the price of gold exceeded $1700 an ounce. Central banks adopted a monetary policy to face the economic crisis caused by the coronavirus outbreak. This scenario led analysts and industry members to consider the metal’s price to exceed the mythical barrier of $2000 an ounce.

Kelvin Dushnisky, the CEO of the South African mining company, AngloGold Ashanti, stated that gold might well reach that level. And it would be no surprise. However, his company’s forecasts will not be based on those levels. He further says that the company’s planning is much more conservative.

AngloGold Ashanti has a portfolio of 14 mines in nine countries. The geographic diversity has helped it contain the impact of the closings required by the Covid-19 control measures.

Aakash Doshi, an analyst at Citigroup, expects gold to surpass $2,000 an ounce over the next year or two. This marks it at approximately 22% higher from its current price. For David Roche, the president and global strategist at Independent Strategy, prices can reach that level by the end of 2020. Goldman anticipates gold to touch $1,850 if the coronavirus threat remains.

The precious metal prices have been on an upward trend during the recent expectations of a Fed interest rate cut and intensified geopolitical concerns.