Group of Seven and Global Economy

The Group of Seven, or as it is known, G-7, is an international intergovernmental economic organization. Some of the most developed countries are part of this organization. For example, the United States, as well as Japan, the United Kingdom, etc. This organization has the potential to affect the global economy.

On Tuesday. Officials of most of the world’s largest economies promised to join forces in the battle against the coronavirus outbreak. However, they offered no specific actions. According to the statement, G-7 countries are ready to use all appropriate policies to support the economy. Moreover, leaders of G-7 understand the severity of the problem.

It is important to mention that U.S. Treasury Secretary Steven Mnuchin and Federal Reserve Chairman Jerome Powell directed a conference call. The finance ministers, as well as central bank leaders, participated in this conference call. Moreover, various other officials also participated, including Haruhiko Kuroda, the governor of the Bank of Japan.

The impact of this speech on the economy 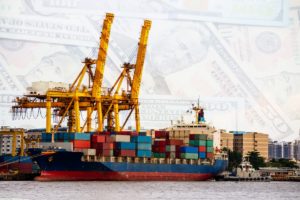 However, this speech failed to impress the markets. As markets expected, some coordinated action to come from global authorities. Moreover, the G-7 statement offered no specifics.

Let’s have a look at this statement, to learn more about the position of G-7 countries. According to the statement, G-7 finance ministers are ready to take action, including fiscal measures. However, they will take measures where appropriate, and this way, they want to support the economy.

Also, the central banks of G-7 member states will continue to work hard to support price stability and economic growth. At the same time, they plan to maintain the resilience of the financial system.

One of the member states, Italy, is trying to contain the virus. As of Wednesday morning, there are 2,502 cases of the virus in the country. At the moment, Italy is the worst-affected country in Europe.

Moreover, the outbreak affected northern Italy. It is worth mentioning that the northern part of the country is the main driving force of the country’s economy. The Italian government made the decision to all and universities across the country for two weeks.

It won’t be easy to solve this problem in a short period of time, as it might take several weeks, maybe months to stabilize the situation.  World leaders should come up with a concrete plan on how to boost the global economy.