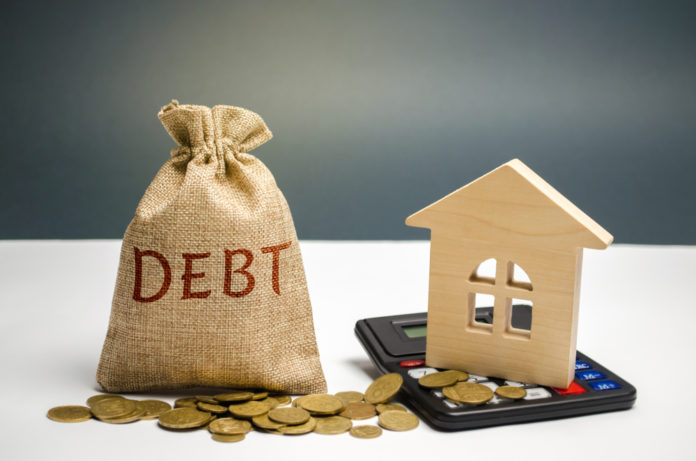 Debt is an inseparable part of the modern world. Millions of people around the U.S. borrowed a lot of money. The situation regarding household debt is quite complicated. In the third quarter of the year, household debt exceeded $15 trillion for the first time, as rising prices pushed up balances for homes and autos, the New York Federal Reserve reported on Tuesday.

The household debt growth represented a 6.2% gain from the same period of time a year ago. The report prepared by the New York Federal Reserve covered the July to September period. Its report partially covered a period of time when U.S. economic growth slowed to a 2% annualized pace.

Importantly, housing debt accelerated with $1.11 trillion in newly originated mortgages. More than two-thirds of which came from those with credit scores above 760 and just 2% to subprime borrowers. According to the census bureau, the trend comes with median housing prices up for the quarter to more than $404,700.

Education loan debt rose by $14 billion to $1.58 trillion as students went back to college. Surprisingly, just 5.3% of the loans were in serious delinquent or default status thanks to a government forbearance program.

Despite worries regarding growth, credit card balances rose by $17 billion to around $800 billion for the quarter.

Officials stated that even with the rising debt levels, delinquency rates remain low. They are declining, due in large part to an influx of government payments that led to elevated levels of saving and personal income.

The report prepared by New York Federal Reserve also includes other interesting details. Credit scores for mortgage organizations “remain very high” based on the information taken from the report.

In the third quarter, newly originated auto loans totaled $199 billion, a slight decline from the second quarter. New auto prices jumped 8.7% in September from a year ago, while used car and truck prices climbed 24.4%, according to Labor Department data.

Another report from the New York Federal Reserve showed that while inflation expectations over the three-month period were unchanged at 4.2%, the one-year outlook sees prices rising 5.7%.