Home Education Beginner How to Mine Litecoin: A Simple Guide 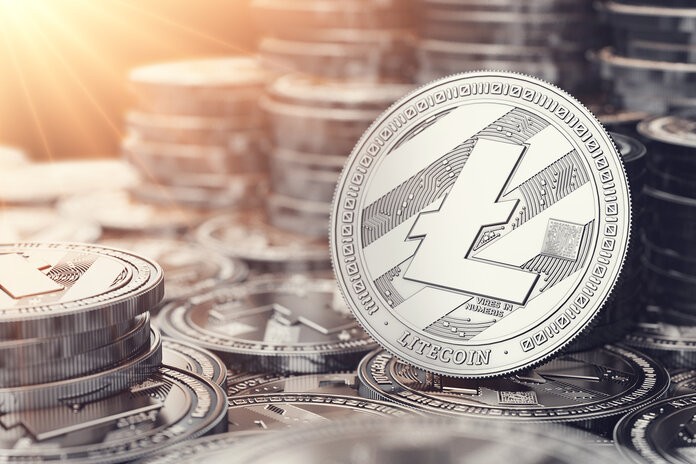 Let’s start off by saying, Litecoin is very similar to Bitcoin mining. Miners use their calculating power to generate answers to the math problem repeatedly and very quickly. Solving mathematical problems often involves a bit of luck, which can decide who will win the race.

There is no need to go into the details of this mathematical problem but know that it is a question of solving a “hash function.”

The Litecoin Blockchain algorithm is different from Bitcoin, but it also allows miners to use the latest equipment such as ASIC chips (which is not possible with Ethereum, for example).

As with Bitcoin mining, standard processors are already obsolete in the hope of making money by mining Litecoin. No one has used a CPU to mine Litecoin since 2014. You could use your PC for decades without earning a single Litecoin.

Graphics cards are 50 to 200 times faster than a standard processor and consume much less power.

After CPUs and GPUs, ASIC chips have taken over. The Application-Specific Integrated Circuit (ASIC) chip is specially designed to mine very quickly. It is considered to be the last optimization for a very long time. The best chip on the market for mining Litecoin is called the AntMiner L3 + (504 MH/sec). It costs more than 2000 Euros. Also, you will have to add the price of the motherboard and all the computer equipment needed to build a computer tower.

Let’s also not forget the electric bill and the noise that the cooling fans will generate. The heat can also be very annoying if you live in a hot country.

The specialized sites allow you to see approximately how long it will take you to repay your investment and thus become profitable. It largely depends on the Litecoin value, blocks reward, number of miners etc.

Mining software simply tells your computer what to do to solve the hash function. You will have to download the mining software and a wallet to have an address that will connect you to the Litecoin network. Thus, allowing you to be able to relay information, add blocks to the Blockchain and of course, be able to store the reward in Litecoin.

In addition to the mining software, you will, therefore, need a wallet that supports Litecoin. To do this, go to the Litecoin website to download the wallet offered by default and hoard your hard-earned Litecoins.

The miners now group in teams to be able to compete with the famous “mining farms” of companies that practice mining in an industrial way with substantial resources.

Even if you buy the latest hardware, there is no chance that you will be profitable if you do not pool your resources with other miners.

It is, therefore, necessary to be part of what is called a “mining pool.”

A “mining pool” will likely resolve a block and obtain the reward. Still, this reward will have to be shared in proportion to the calculation capacities provided by each. The advantage is that you will start making income almost immediately after joining the mining pool while it is very likely that you will only lose money working solo.

Luckily, nothing could be simpler than joining a mining pool.” Just create an account on a pool mining site. But do your research because not all websites take the same commissions. They can vary between 1% and 10% while some websites offer this service for free!

There is also another way to mine without having to buy Litecoin and manage your own hardware: cloud mining.

The idea is to buy “mining contracts.” Thus, allowing the services of miners to be attached to pooling their computing capacities. It then becomes very easy to get involved in Litecoin mining because you do not need the hardware or software. On the other hand, it doesn’t impact your internet bandwidth or your electricity bill since it doesn’t require high processing power. You just need to have a Litecoin wallet to receive the fruits of your mining.