The International Monetary Fund or IMF has released the 2019 annual external report on Wednesday in Washington, D.C.; the reported was titled “The Dynamics of External Adjustment.”

The IMF report warns about the detrimental effects that come along with the geopolitical disputes in trades. The data displayed a 3% deficiency in the world’s gross domestic product.

The United States and China’s tariff war greatly affected the slowing growth of the world economy.

The Washington-based Fund seems to be at odds with Donald Trump, President of the United States, and his obsession with tariffs. The sudden urge of countries in protectionism dragged down the global economy.

The economic giants have imposed tariffs over consumer goods and technology to settle bilateral trade imbalances; however, instead of resolving their pursued goals, the tariffs were not generally effective.

The IMF estimated that the sanctions would shed 0.5% off in the world economic growth next year.

According to the fund, the tariffs imposed by the United States and China could cost the global economy approximately $455 billion next year.

The tension between the US, China, and other countries have weighed on trade flows; deteriorating investors morale and heightening concerns about productivity.

Meanwhile, tensions between the US trade war with China eased after the G20 meeting. Both economic giants called for a trade truce and have renewed talks for an agreement.

The trade war has reportedly taken its toll on China. The second-largest economy in the world was struggling. Data from the China quarterly GDP growth showed only 6.2% in growth compared to last year’s record.

Chinese officials said that the data is the weakest since China began publishing the quarterly report.

Gita Gopinath, the Chief Economist of the IMF, told reporters that the tariffs were evidently making an impact on the fundamentals of global trade.

According to the Fund’s economist, the world trade growth has been dwindling; noting that the US entity list has disrupted global supply chains. 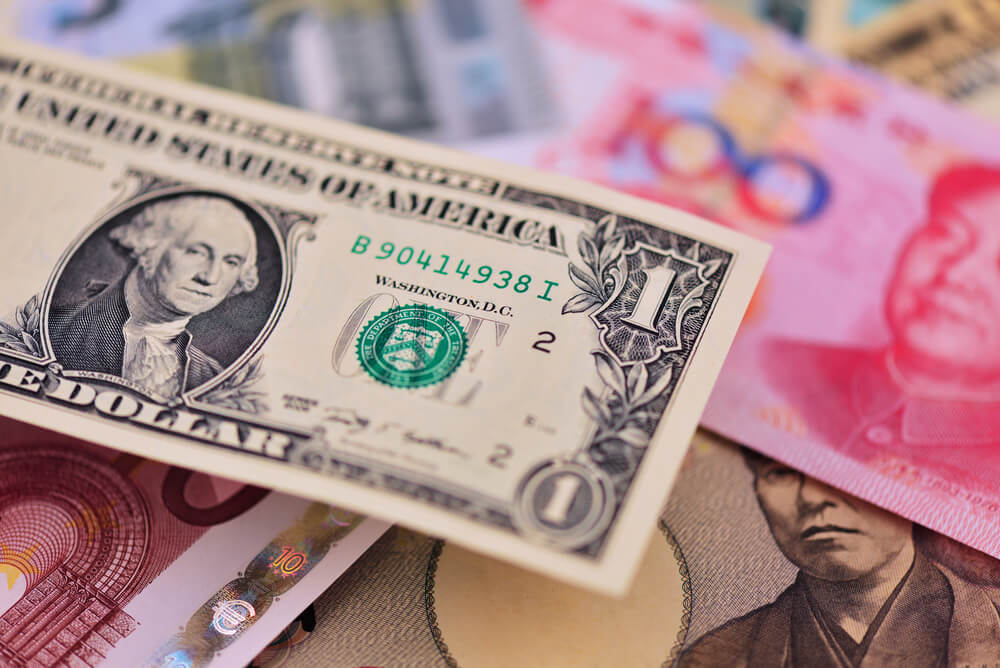 In the past, US President Donald Trump has called out other nations such as China and Europe. Trump said that they manipulated their monetary policies, pumping out bills. Plus that China’s yuan is overvalued.

Although data from the IMF’s report on the annual assessment of currencies and external surpluses and deficits of major economies showed otherwise.

The Fund said that the greenback has been overvalued by approximately 6% to 12%. The report also said that the value of the euro, yen, and even China’s yuan are correctly in line with the fundamentals.

While it said that the euro’s value is fitting for the Eurozone, it is undervalued in Germany. Given the country’s fundamental, the single currency is unvalued by 8% to 18%.

The report indicated the yuan to be in line with China’s fundamentals; uncertainties in the country’s policy outlook showed IMF models a vast divergence in the yuan. A 11.5% undervaluation to 8.5% overvaluations.

The IMF is now encouraging Beijing to resume its domestic rebalancing by consumer-based growth and actions to resolve distortions in Chinese markets.