IPO market and its Challenges

Home » IPO market and its Challenges

As 2019 came to an end several days ago, the time has come to have a look at the market for initial public offering (IPO). Some people may think that the market was bad. However, on the contrary, it performed better than some thought it did for a few factors.

Several major IPO’s failed to meet the expectations as in the case of Uber and Lyft. Moreover, WeWork, as well as the Endeavor, suffered even issues, they had to abort their upcoming IPOs.

Nevertheless, it was a solid year for new issuance. Based on the information from the report prepared by Renaissance Capital, there were 159 IPOs in 2019. All of them combined raised $46.3 billion.

In 2018, the number of initial public offerings reached 192 and raised $46.9 billion. It means that the total amount of funds raised fell by $600 million in comparison with 2018. Also, last year the number of offerings declined to the lowest level since 2016. 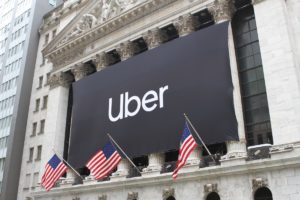 As mentioned above, it was a good year for IPOs. For example, the average IPO gained 20% with a few names up more than 200%. Moreover, this a huge achievement as in 208 IPOs had average losses of 1.9%.

The Renaissance Capital’s IPO index a basket of newly public companies. Its index outperformed the S&P 500 index in 2019.

Moreover, last year most returns came on the first day of trading. The average aftermarket returns, measured from the end of the first-day trading, rose 1.1%. However, even this result outperformed the result from 2018, as two years ago, the average after-market return was a loss of 16.7%.

It is worth mentioning that Uber and Lyft raised half of the total amount. Uber was the largest one in 2019 as it raised $8.1 billion.