The economic impact of the coronavirus pandemic became the top priority for the biggest economies in the world and South Korea is not an exception. Moreover, pandemic created even bigger problems for developing countries as millions of people are stuck at home. In the case of developing countries, it will be even harder to support the local economy.

Asia’s fourth-largest economy is struggling to cope with numerous challenges. As a result, the country’s economy saw the largest contraction since 2008 in the first quarter of 2020.

Based on the information provided by the country’s central bank, gross domestic product (GDP) dropped by a seasonally adjusted 1.5% in the first quarter of this year compared with the last three months of 2019. Moreover, there are serious problems related to domestic demand. For instance, private consumption dropped 6.4% on-quarter, this is the worst result in more than 20 years.

Nevertheless, Asia’s fourth-largest economy is moving toward its first technical recession since 2003.

Stocks in South Korea and across the region 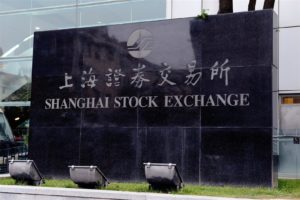 Let’s have a look at the stocks across Asia. Stocks in Asia were mixed on Thursday as oil prices strengthened their positions after recovering from some losses.

Private and governmental organizations should work together in South Korea as well as other countries in the region, to boost the global economy.