US-China trade negotiations need to come with a successful end by March 1 or new tariffs will be slapped, according to US Trade Representative Robert Lighthizer on Sunday. He clarified that a “hard deadline” is to be expected after a week of confusion among President Donald Trump and his advisers.

Global markets are on pins and needles about a collision between the world’s two biggest economic powers over China’s large trade surplus with the United States and US claims that China is stealing intellectual property and technology.

“As far as I am concerned, it is hard deadline. When it talk to the president of the United States he is not talking about going beyond March,” said Lighthizer, pertaining to President Donald Trump’s recent decision to delay new tariffs while talks proceed in a truce that came from a summit held in Argentina a couple of weeks ago.

“The way this is set up is that at the end of 90 days, these tariffs will be raised,” added Lighthizer, who has been appointed to lead the talks and appeared to tamp down expectations that the negotiation period could and would be extended.

Last weekend in Argentina, Trump and Chinese President Xi Jinping both agreed to a ceasefire that delayed the scheduled January 1 US hike of tariffs to 25 percent from 10 percent on $200 billion of Chinese goods while they negotiate a trade deal.

On the other hand, the arrest of a top executive at China’s Huawei Technologies Co Ltd has embroiled global markets in the midst of fears that it could further inflame the US-China trade friction. Last Sunday in Beijing, China’s foreign ministry protested the arrest to the US ambassador.

In a string of appearances, Lighthizer, economic adviser Larry Kudlow, and trade adviser Peter Navarro insisted that the trade talks with China would not be disrupted by the aforementioned arrest, which they tagged as a solely a matter of law enforcement.

US equity markets have staked much on the results of the talks. Stocks gained early in the week on the positivity that the tensions between the two sides were easing, then plummeted down after Trump claimed that he was a “tariff man” after all. He also appeared to hint that talks could be extended.

However, Lighthizer, in his first comments since being designated to head the talks, said that the US will need concessions across a number of areas in the coming weeks if the higher tariffs are to be voided. 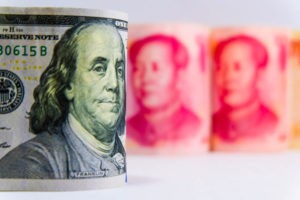 That includes demands for higher purchases of US goods in a more open Chinese market, as well as “structural changes” to a system that, for one, forces American firms to turn over technology to Chinese partners as a condition for doing business.

“We need agricultural sales and we need manufacturing sales. We need structural changes on this fundamental issue of non-economic technology transfer,” said Lighthizer.

The demands are pretty similar those that were made under previous Democratic and Republican presidents, but Lighthizer said that he felt Trump eagerness to go beyond “dialogue” and impose tariffs will bear fruit.