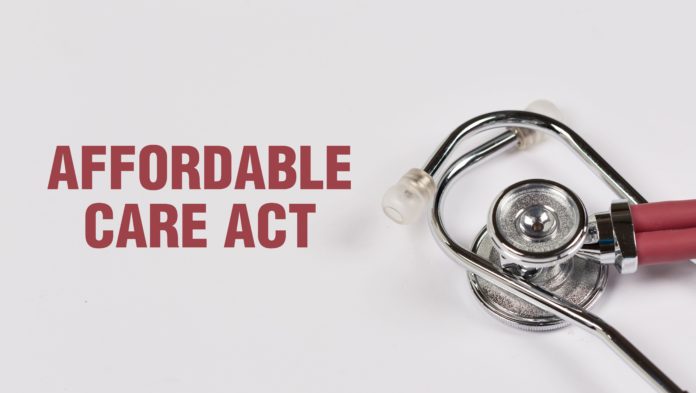 In 2010, President Barack Obama signed into law the Affordable Care Act (ACA), also known as Obamacare and formally known as the Patient Protection and Affordable Care Act. The law includes a list of healthcare policies intended to expand health insurance coverage to millions of uninsured Americans.

Let’s get back to Medicaid. The term stated above refers to a public health insurance program that provides health care coverage to low-income families as well as individuals. Medicaid is jointly funded by the federal government as well as individual states. This public health insurance program operates at the state level which means that coverage and administration vary greatly from state to state. Medicaid is available only to individuals and families who meet specific income-based criteria. Recipients of Medicaid are U.S. citizens, permanent residents, or legal immigrants.

The history of Medicaid dates back to the 1960s. It does not provide health care directly to individuals. Instead, Medicaid covers their doctor visits, long-term medical care, and other health-related costs. It is up to individual states to decide who qualifies for coverage, the type of coverage, etc. That’s because each state has to take care of its own Medicaid program. Interestingly, states are not required to participate in Medicaid, nonetheless, all states take part in Medicaid. The federal government matches state spending, but the matching rate varies from state to state, from about a statutory minimum of 50% to a maximum of 83%.

Affordable Care Act and its importance

The purpose of the Affordable Care Act is to reduce the cost of health insurance coverage for people who qualify. The act includes premium tax credits as well as cost-sharing reductions to help lower expenses for lower-income individuals and families.

The list of “essential health benefits” is quite impressive. It includes emergency services, laboratory services, pediatric services, hospitalization, family planning, etc. In addition, the Affordable Care Act requires most insurance plans, to cover at no cost to policymakers a list of preventive services. Insurance companies have to pay for checkups, patient counseling, immunizations as well as numerous health screenings. The act also allowed states that opted in to extend Medicaid coverage to a wider range of people. Notably, 37 states and the District of Columbia exercised that option as of June 2021.

People have the opportunity to buy or switch insurance plans. Every year, there is an open enrollment period on the Health Insurance Marketplace during which Americans can change their insurance plans. However, if you forget about the enrollment period, you can’t enroll until the following year. Hopefully, there are certain exemptions. For instance, if you marry, divorce, become a parent, or lose a job that provided health insurance coverage.

ACA and its opponents

An integral part of the original Affordable Care Act was the individual mandate, a provision requiring all Americans to have healthcare coverage. Unsurprisingly, the mandate was eliminated in 2017.

The purpose of the individual mandate was quite interesting. It served the double purpose of extending healthcare to uninsured Americans and ensuring that there was a sufficiently broad pool of insured individuals to support health insurance payouts.

According to the opponents of the ACA, the act represented an unprecedented expansion of federal power within the healthcare industry. The ACA required all individuals to purchase a service (health insurance) whether they wanted to purchase it or not.

The individual mandate was the biggest issue of the program. This aspect of the ACA was the main focus of debate. The National Federation of Independent Business asked the Supreme Court to get rid of the mandate. Nevertheless, the Supreme Court ruled in favor of the individual mandate as a constitutional exercise of the taxing authority of Congress.

After President Barack Obama left office several years ago, the ACA weathered opposition and a number of significant changes.

Former President Donald Trump wanted to dismantle the Affordable Care Act. In January 2017, in his first executive order after taking office, Trump signaled his intention to defund the ACA. The intention of his executive order signaled the first phase of Republican efforts to repeal and replace the act.

Nonetheless, attempts by the government in 2017 to repeal the ACA altogether were not successful. However, the federal government substantially scaled back its outreach program to help Americans sign up for the ACA. It also cut the enrollment period in half.

Republicans also took other measures against the ACA. For instance, in December 2017, as part of the Tax Cuts and Jobs Act, Congress removed the penalty for not having health insurance.

By 2018, the number of people covered under the Affordable Care Act fell to 13.8 million from 17.4 million in 2015. As of 2021, 31 million Americans have health coverage through the ACA according to officials.

In 2019, House Democrats presented legislation to shore up the ACA and expand coverage. Meanwhile, the Trump administration revealed it would seek to repeal the act altogether.

The situation changed when Donald Trump failed to retain his post. President Joe Biden, who helped Barack Obama pass the ACA, is ready to support the act. The current administration is widely expected to make efforts to strengthen the ACA in the coming years. On January 28, 2021, President Joe Biden signed the executive order regarding the ACA. Joe Biden ordered