Home Cryptocurrencies Most Significant NFT Sales and Drops in 2021 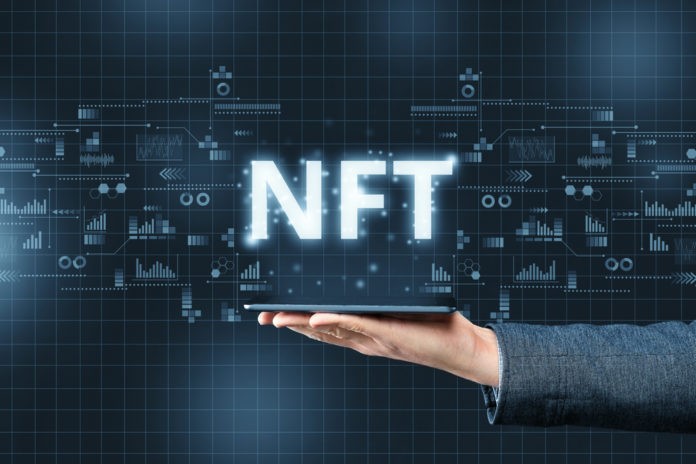 NFT, in 2021, became such a popular word that even the Collins Dictionary declared it the word of the year. Google’s search for NFTs has also reached record levels. According to the newest info, a market coming $17 billion is behind the term. The NFT Marketplace and OpenSea handle most of these transactions. The volume of trade has just exceeded $10 billion.

The potential of NFTs goes beyond the arts. This includes sports collectors, video games, music. And its benefits include ownership as well as exclusive access to unique features. At the end of 2021, let’s take a look at the top collections and sales in NFTs this year.

According to DappRadar, CryptoPunks are OGs for NFTs. The collection started back in 2017 – before the ERC-721 NFT standard. Larva Labs has launched 10,000 punks for free to Ethereum customers. Then the popularity and value of CryptoPunks in the secondary market increased.

In June 2021, Alien Punk was sold at Sotheby’s for $11.75 million. In August, Visa purchased $150,000 for CryptoPunk for its corporate collection. UTA has entered into a deal to use CryptoPunks mainstream media. In August 2021, a record $400 million was spent on CryptoPunks in one month. In September, Reddit co-founder attended the Met Gala with the CryptoPunk badge. CryptoPunks saw the highest trading volume on OpenSea at $3.03 billion. The growing value and historical relevance make it one of NFT’s best collections.

The second-largest collection in historic trade is the Bored Ape Yacht Club, with $1.07 billion. The central team of Yuga Labs consists of four friends who wanted to make a few monkeys and build something funny. The leading performer of BAYC is All-Seeing Seneca. As the owner of one of the 10000 Bored Apes, NFT can be doubled as a Yacht Club membership card. It only gives members access to MAYC, Bored Ape Kennel Club, THE BATHROOM Mutant Ape Yacht Club.

In Autumn, Sotheby’s sold a collection of 107 BAYC NFTs, consisting of 101 monkeys and six mutant monkeys, for $24.4 million. This is the third-highest chain NFT art sale after Beeple NFT parts. In November, OpenSea’s sales growth was due to a more than 900% increase in MAYC NFTs and BAYCs. This was probably related to the famous buyers who showed BAYC NFTs in the music video. Most recently, BAYC was part of a quadripartite partnership to launch Adidas’ “Into the Metaverse” NFT project.

The NFT artist, known as the Beeple, refers to himself as a guy who does nonsense. He noted the first and second most costly digital works sold at public auction by 2021.

Beeple’s “HUMAN ONE” sold for $ 28.9 million in November after Christie’s $69.3 million sales of the Beeple in March 2021. The HUMAN ONE is a tangible seven-foot-tall rotating box made from LED screens. Owners can physically display it, unlike most NFTs. The statement said that the screenshots would be periodically edited and updated using blockchain.

Beeple became famous in 2021. Especially since he won the GQ Maddox Gallery Artist of the Year in September.

Axie Infinity has applied records as the game becomes the new DApp to exceed $2 billion in the NFT trading sector in 2021. Axie lags behind CryptoPunks in terms of the trading volume. The game recently switched to a Ronin sidechain solution and generated more than $776 million in revenue in the third quarter.

Axes are creatures used in duels with other players, fighting enemies, and completing daily quests. These NFTs can be produced, bought, and sold and are valued for their rare and in-game advantages. Axie Infinity was established in 2018 and currently drives the gaming sector.

NBA Top Shot is a famous basketball NFT game, launched in 2020. As the first type of sports collectible game, users can collect, trade, and sell cards as digital tokens representing their favorite NBA players and moments.

The National Basketball Association licensed the NBA Top Shot officially. Dapper Labs created and built it on the Flow blockchain. The historical trading amount, based on DappRadar, is $750.4 million. The three best-selling NFTs were LeBron James NFT from the LA Lakers.

Behind VeeFriends stands entrepreneur Gary Vaynerchuk. His hand-painted animal doodles sold for $51 million at auction in the first week of May. Ninety days later, VeeFriends’s revenue was $91 million. For an additional $40 million, Weinerchuk received a 10% royalty on every second transaction. In Autumn, Christie’s handled five VeeFriend elements for $1.2 million. The VeeFriends collection consists of 10255 NFT characters.

FLUF World is a combo of 3D avatars accessible for meta version in NFTs; on the Ethereum blockchain. FLUF are software-generated rabbit avatars. According to the founders of FLUF World, the Web 3.0 Meta version is a community-driven creative vision. All info is on the network.

During Miami Art Week, FLUF World hosted an event to present FLUFs pop star AngelBaby, who performed the first live metaverse concert for both physical and virtual audiences. FLUF Haus organizes events that involve real-world performers in meta-version. This is FLUF World’s way of staying connected to the physical world. Customers can buy virtual real estate called Burrows, which handles as a meeting area for FLUFs and other avatars. FLUF World’s latest addition includes the 9669 Party Bears, which sold out in 10 minutes.

The Jadu Hoverboards NFT series allows players to fly around augmented reality inside a meta-version. This 6666 hoverboard NFT collection was the firm’s second NFT drop. First, the launch consisted of 1,111 Jadu Jetpacks and sold in 20 seconds for $10.5 million.

Since its inception, the Jadu Hoverboard collection has also boosted 1,873 ETH cumulative trading volume. Jadu recently raised $7 million with the support of production capital to fund Mirrorverse, which will become public next year. In addition, Jadu is collaborating with The Sandbox to bring its jetpack NFTs to the latter. Both are compatible with over 40,000 avatars, including famous collections such as CyberKongz and FLUFs.

On December 14, Nike went into meta version after acquiring RTFKT. The goal was to provide a new generation of collectors to bridge the gap between culture and games. RTFKT is a studio that promotes a new culture of digital sneakers for video game and blockchain lovers. The collection consists of 13 sneakers NFTs, though they have already generated $3.9 million.

In addition to NFT Shoes, RTFKT has compiled a series of 20,000 three-dimensional avatars on an Ethereum blockchain called Clone X. Owners can use the characters in this game in decentralized virtual reality realms.

Pak is the top NFT artist with a total value of $321 million, 66,319 copies sold. At an event this month, interested buyers were asked to buy as many Merge tokens as they would like at a 48-hour sale. Each new Merge token transfer would merge into the recipient wallet with the original Merge Token. This formed a unified unit and increased its mass importance. At the end of the auction, buyers received dynamically generated NFTs depending on how much mass they were collecting. 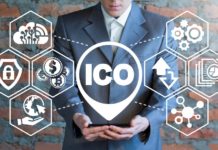