World-famous company Netflix Inc. released its first-quarter results. Authorities around the world imposed various restrictions and as a result millions of people are stuck at home. Consequently, in the first quarter, the number of subscribers increased by more than 15 million.

Currently, Netflix has more than 183 million global subscribers around the globe. The first-quarter subscriber figures surpassed the expectations. As a reminder, global subscriber net additions were expected to reach 8.2 million, but Netflix added 15.77 net subscribers.

Let’s have a look at other figures as well. In the first quarter, earnings per share (EPS) was $1.57. The revenue reached $5.77 billion. As mentioned above, the number of paid subscribers increased by 15.77 million.

Nevertheless, it is difficult to compare reported earnings to analyst expectations due to coronavirus. As it is hard to access the impact of coronavirus pandemic on earnings.

Netflix and plans for the future 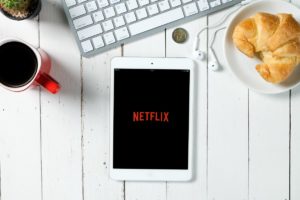 In the second quarter, Netflix expects to add 7.5 million global paid subscriber additions. However, according to the company, it is hard to provide more precise numbers as it can’t know when the governments will remove stay-at-home orders.

Moreover, the company expects lower net subscriber additions in the third quarter of 2020, as countries most likely will remove restrictions by that time.

Interestingly, plans regarding the films, the company plans to release in the second quarter are still on track.

According to Netflix, it would have the free cash flow for the year of negative $1 billion or better instead of the previous expectation of negative $2.5 billion.

Moreover, the strength of the U.S. dollar will hurt its international revenue. At the moment, customers have the opportunity to Netflix in the vast majority of countries. There are only a few exceptions.