Last week, the German parliament approved an amendment to the fourth EU Money Laundering Directive. This news will have a serious impact on digital currencies in Germany.

Thanks to this amendment, starting from January 2020, German banks will be able to sell and safe-keep cryptocurrencies.

Another good news is that the previous version of the bill required banks to store digital currencies with third-party custodians. Hopefully, this part is absent from the final version of the law. It means that banks can store the cryptocurrencies after obtaining proper licenses.

Moreover, banks will have more time to apply for such licenses as the deadline was also extended.

Africa as a new market for digital currencies 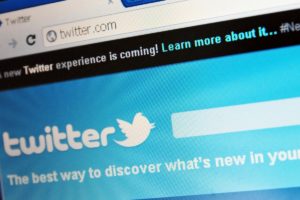 It is no secret that Bitcoin, as well as other digital currencies,  are trying to strengthen their positions in the Western countries. However, it won’t be easy to compete with fiat currencies.

In this situation, one of the best solutions to increase awareness is to enter a new market. One of the biggest potential markets for various digital currencies in Africa.

Twitter’s CEO and co-founder of social Jack Dorsey has an ambitious plan regarding the African market. Moreover, Dorsey is also the CEO of payments company Square. His payment company launched a crypto division in 2019.

As part of his tour, Twitter’s CEO visited several African countries to learn more about the local cryptocurrency market. Moreover, he promised that next year he would spend several months in Africa. In November, he visited Ethiopia, Ghana, Nigeria, etc.

In Nigeria, Dorsey attended a Bitcoin meetup. During his visit to Ghana, he met with Bitcoin business owners.

Africa is home to more than 1.2 billion people, and this is a very important factor. Dorsey believes that Africa will play an important role in the future, especially when it comes to Bitcoin.

Major Bitcoin and cryptocurrency companies such as Binance, Belfrics, and Paxful are planning to enter the local crypto markets. Also, over the last two years, citizens of several African countries are actively using Google to learn more about Bitcoin.

Africa’s emerging crypto market can boost the local economies as well as provide better standards of living for the local population.