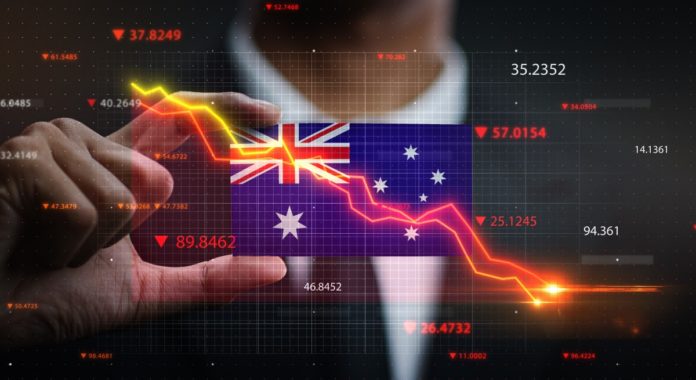 According to a Reuters poll, Australia’s economy will take a toll this quarter by renewed lockdown restrictions. As we know, the country faces an increasing number of coronavirus infections. Therefore, the government try and contain the spread of the virus.

The Australian economy declined by 2.4% last year amid the coronavirus pandemic as borders and businesses were closed. However, fiscal and monetary support has underpinned the A$2 trillion economy.

Moreover, investors are concerned that the increase in new coronavirus strains in Australia’s most populous city, Sydney, as well as in several states, is threatening economic recovery.

Remarkably, economists now expect the growth to be 0.1% on a quarter-on-quarter basis in comparison to 0.9% predicted in an April poll.

In that case, it would be the weakest surge since Australia emerged from recession a year ago. Additionally, estimates were in a range of -0.6% – 0.8%.

According to an economist at National Australia Bank, Tapas Strickland, Sydney’s lockdown could see negative GDP in the third quarter if the lockdown lasts for six to eight weeks.

Analysts say that the biggest risk to the economy this year is a slow vaccination pace, along with a spread of new coronavirus strains.

Australia was widely lauded for its success in limiting the spread of coronavirus and reducing deaths. Notably, it lagged well behind its peers. However, only 11% of the nation have received two doses of vaccine.

According to Jamie Culling, an economist at HSBC, the current COVID-19 outbreak explains how only a small number of infections can still have significant effects on the economy. Culling added that lockdowns and movement restrictions remain the key tools for dealing with the virus.

Remarkably, the Reserve Bank of Australia expects 2.25% growth for the second half of this year. However, that doesn’t look very certain, indicating rate hikes remain a distant prospect.

Moreover, interest rates were projected to remain at 0.10% until at least the end of the following year. There were some anticipations that the Reserve Bank of Australia would reverse its tapering decision at its August 3 meeting.