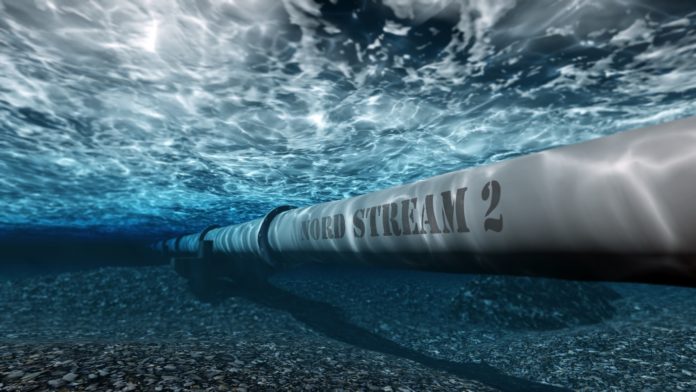 Europe doesn’t seem likely to reduce its dependency on Russian energy any time soon. The much-discussed construction of the Nord Stream 2 natural gas pipeline, linking Russia with Germany via the Baltic Sea, is now almost completed, with just 100 kilometers left to build. Remarkably, signs suggest Moscow and Washington won’t allow the issue to disrupt the scheduled summit between Vladimir Putin and Joe Biden.

Biden decided to waive sanctions against the company behind the Nord Stream 2 gas pipeline as the project was almost completely finished. More than that, as Biden announced doing so could have harmed ties with Europe. Washington has imposed sanctions on firms involved in the construction of the underwater twin pipeline in recent years. The country opposed the project, which is anticipated to rise Germany’s importance as a transit country supplying the rest of the continent with natural gas from Russia.

Remarkably, the Nord Stream 2 pipeline crosses into the exclusive economic zones of five countries: Russia, Germany, Denmark, Finland, and Sweden. The estimated cost of the project is €9.5 billion, and it is believed that Germany would receive considerable transit fees each year to transport gas to Southern and Eastern European nations.

Nord Stream 2 is anticipated to deprive Ukraine of up to US$3 billion in annual revenue by allowing Russia to circumvent the former Soviet republic when transferring gas to Europe. That’s reason why Ukraine’s President Volodymyr Zelensky voiced his fears about the U.S. and Russia striking a deal. It has to be mentioned that after Nord Stream 2 is built, energy-poor Ukraine could completely lose its role as a regional gas hub.

Germany has chosen stronger energy ties with Moscow, even at the risk of a serious deterioration in relations with Washington. The Kremlin is assumed to be the main winner once the pipeline is completed.