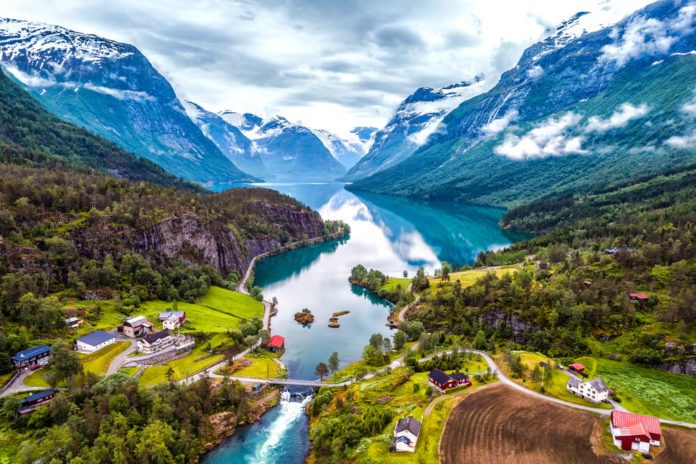 Oil edged up on Friday, ending the week on a positive note. This is largely driven by the on-going strike by oil workers in Norway that potentially slash the country’s total supply by at least 25%.

Brent crude, the global benchmark, gained another 8 cents after hiking by a robust 3% yesterday. It currently trades at $43.26 per barrel in the latest charts from energy commodities.

However, the US benchmark failed to follow suit with a modest 5-cent decline but still on a green territory after gaining 3% on Thursday.

West Texas intermediate steadied at $41 per barrel, still higher than the critical threshold of $40 per barrel.

So far in the week, both contracts are expected to end the week with a 10% surge, largely driven by the on-going tension in Norway that could affect overall supply.

According to industry experts, the hiatus caused a reduction in global oil supply by a million barrels per day, thus supporting crude oil price.

Further, analysts asserted that if the workers continue to rebel until October 14, then the Johan Sverdrup oil field situated in the North Sea could be on an indefinite close until further notice.

The antagony between the Lederne union and the Norwegian Oil and Gas Association ignited on September 30.

According to sources, union leaders are pushing for the matching pay of onshore and offshore workers currently at different compensation grades.

In the latest developments released today, the labor union asserted that 93 more members could join the band on four other locations should the situation do not improve.

The Norwegian oil company are scheduled to meet with a state-appointed mediator today. Investors are now on eagle-eyed monitoring on commodity news for the possible outcome of the talks.

Along with the emergence of strikes last week, the tension between Azerbaijan and Armenia occurring in the vital oil hub supported crude price.

The two former Soviet republics reignited their long-standing conflict in the Nagorno Karabakh region. This location is a critical crude oil export pipeline.

Adding cushion to commodities, oil firms operating on the Gulf of Mexico are yet again bracing for another hurricane on the coast.

Industry juggernaut Shell is reportedly shutting nine of its production sites as a precautionary measure to the upcoming wrath. The firm’s deployed personnel were also immediately evacuated.