Novartis AG prescription drug prices have been “flat to negative” over the last three years because of high costs for US patients on middlemen tasked to manage drug benefits, according to the company’s chief executive Vas Narasimhan.

During an interview, the 42-year-old US doctor who has led the Swiss drugmaker since February 2018 expressed his support to the US government’s proposal to end a system of rebates that drugmakers pay to pharmacy benefit managers (PBMs) and health insurers to get products on their lists of covered medicines.

“We (Novartis) pay almost 50 percent of our gross revenues in the United States into rebates,” said Narasimhan. “If you return those rebates to patients, so patients pay less out of pocket, I think that is something that makes a lot of sense and will correct a distortion in the marketplace.”

During his State of the Union speech earlier this week, US President Donald Trump complained again that Americans pay more for drugs that other countries’ people. Narasimhan countered that this was only partially true.

“There are situations where prices in the US are certainly higher than the prices in Europe, but there are many situations, as well, where they are very comparable,” he said. “It’s difficult to make blanket statements, like this is always happening.”

There have been researches that showed that the US prices for the top 20 selling medicines were there  three times higher than the prices in Britain.

He said that drugmakers sometimes boosted prices excessively or fell short on providing access and now had work ahead to regain the standing that they use to have, as the industry brought scientific advances like vaccines. 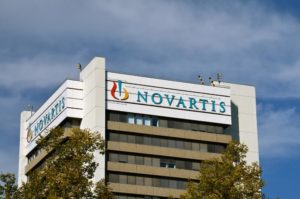 In January, US Health and Human Services Secretary Alex Azar announced a plan that would end rebates now paid to PBMs and others. The idea is to pass along the savings to consumers covered by US government health plans. During his State of the Union Address last Tuesday, Trump again called for lower prescription drug prices.

PBMs, which administer drug benefits for employers and health plans, argue that they are passing sufficient savings to patients and contend that rebates help keep down insurance premiums.

Narasimhan, resonating with the arguments of many drugmakers, said that the existing system obscures the true price of drugs and leaves patients on the hook, in the form of higher co-pays or co-insurance payments.