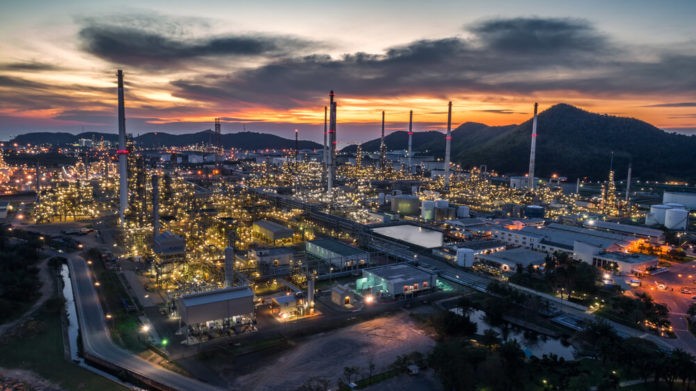 Edward Moya, a senior market analyst at OANDA in New York, said all the headlines have been bullish for oil prices.

Moya also said the U.S. would seem to continue to deliver more monetary and fiscal stimulus. Thus, sending the dollar lower and most commodities higher.

The Energy Information Administration said that the U.S. crude inventories declined by 3.1 million barrels in the week to Dec. 11. This was more than expectations of a 1.9-million-barrel drop.

U.S. lawmakers are closer to agreeing on a $900 billion virus-relief spending package on Wednesday. Top Democrats and Republicans were sounding more confident than they had in months about getting something done. This also boosted the prices of oil.

The last full trading week of the year has been very bullish for crude prices, Moya said. Traders are focusing more on the light at the end of the COVID tunnel, as Asian demand remains strong.

Meanwhile, gold was up on Thursday morning in Asia’s precious metals. The U.S. Federal Reserve pledged to keep interest rates low until an economic recovery is secure. This boosts the yellow metal.

Investors monitor the progress of the latest U.S. stimulus measures as well.

The Fed’s policy decision will continue to place interest rates near zero for years to come.  It was handed down on Wednesday after the central bank’s two-day policy meeting.

The U.S. central bank also promised to continue its bond-buying program until substantial further progress. That is in restoring full employment and hitting its 2% inflation target.