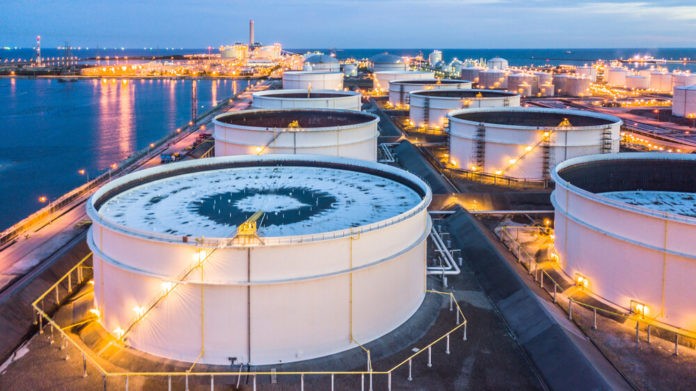 Oil markets slipped by around 1 percent in 2019’s first trading day on Wednesday, dragged down by surging US output and worries about an  economic slowdown in 2019 as factory activity in China, the world’s biggest oil importer, contracted.

International Brent crude futures for delivery in March were at $53.27 per barrel, lower 53 cents, or 1 percent, from their final close of 2018.

West Texas Intermediate futures were sitting at $45.01 per barrel, down 40 cents, or 0.9 percent.

In physical oil markets, Dubai crude averaged $57.318 per barrel for December, the lowest since October 2017, two traders who participate in the market said on Wednesday.

Similarly, Malaysia’s Petronas set the official selling price of a basket of December-loading Malaysian crude grades at $62.79, which is the lowest since October 2017, the state oil firm said on Wednesday.

Traders said future prices slipped on expectations of oversupply amid surging US production and concerns about a global economic slowdown.

“We are most likely past the peak of this long economic uptrend,” said consultancy JBC Energy in an analysis of 2018.

Factory activity weakened in December across Asia, including in China, as the US-China trade war and a slowdown in Chinese demand hit production in most economies, indicating a rocky start for the world’s top economic growth region in 2019.

Oil prices finished 2018 lower for the first time since 2015, after a desultory fourth quarter that saw buyers flee the market over growing worries about too much supply and mixed signals related to the renewed US sanctions on Iran.

“Oil prices…registered their first yearly decline in three years on fears of a slowing global economy and concerns of an ongoing supply glut,” said Adeel Minhas, who is a consultant at Australia’s Rivkin Securities.

The outlook for 2019 is filled with uncertainty, and analysts said, including the US-China trade worries on Brexit, as well as political instability and conflict in the Middle East.

A poll showed oil prices are expected to trade lower than $70 per barrel in 2019 as surplus production, much of it from the United States, and slowing economic growth undermine efforts led by the Organization of the Petroleum Exporting Countries to slash supply output and spur prices.

On the production side, all attention will be on the ongoing surge in the US output and on OPEC’s and Russia’s supply discipline. 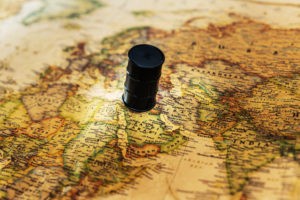 “Don’t underestimate shale producers and the wider US oil industry in general. Too often this year the market pushed stories … bottlenecks (pipelines, frack crews, truck drivers, etc.), yet US oil production will have increased by a massive 2+ million barrels per day between 1.2. 2018, and 1.1 2019,” said JBC Energy.

US crude output strengthened to an all-time high of 11.537 million barrels per day in October, the Energy Information Administration said on Monday. That makes the US the world’s biggest oil producer ahead of Russia and Saudi Arabia.

The weekly data, which is more often revised, was reported last week at 11.7 million barrels per day in late December by the EIA.