Oil May Drop Below $20: U.S. Pressures to End the Price War

The U.S. increased pressure on leading oil producers to change their supply strategy to prevent the oil price war. Market analysts predict that the blow on demand will result in a drop in prices below $20 per barrel in the second quarter of the year. Market pundits assume that the destruction in demand is inevitable.

MUFG’s analysts think that U.S. involvement doesn’t change a lot in the oil market. Any consistent supply cuts would remain too insignificant to balance the damage the epidemic caused. Japan’s largest bank expects global demand to go down by at least 8.5 million barrels per day in April, which is the peak period of the order in oil. It would lead markets potentially testing cash-cost levels below $20 a barrel. 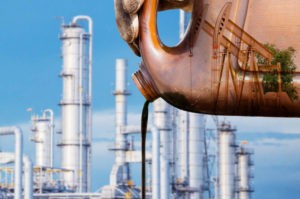 The U.S. made the most direct appeal in a confrontation that has exacerbated a collapse in oil prices. Mike Pompeo, the Secretary of State, appealed to Saudi Arabia to help stabilize the market ahead of a meeting of G20 leaders on Thursday.

Members of the US Congress and many oil companies had lobbied the Trump administration to intervene. The secretary said excess oil output intensifies existing challenges.

The official stated that Saudi Arabia has a real opportunity to rise to the occasion. The kingdom can reassure the global energy and financial market when the world faces severe economic uncertainty.

Russia and Saudi Aren’t Likely to Change their Stance

A raging price war resulted in a drop in oil prices to near $25 a barrel, its lowest level in 17 years.

At the beginning of this month, Saudi Arabia started the offensive after Russia refused to join OPEC in making deeper cuts to crude production.

In response, Saudi decided to open the taps to demonstrate its power in the market.

Despite the crash in prices, Russia refuses to yield. The country claims it can resist oil prices as long as a decade. However, the price war severely affected the Russian economy.

The most severe demand collapse in history coincides with growing supplies. The global industry is likely to run out of storage. At the same time, U.S. shale producers are facing the danger of facing bankruptcy. The production of oil is expected to fall sharply in the next 18 months if the prices remain low.

OPEC+ supply surge and drop in demand have raised concerns about a surplus that could overwhelm global storage.

Earlier in March, the Finance Ministry of Russia said that Moscow had enough resources to cover the shortfalls of the budget. Russia’s debt load is at 19.48%. The number is much smaller than that of other countries’ economies. Hence, recovery should be relatively smooth, analysts say.

Under such a scenario, analysts don’t expect any immediate change of stance.

PrevPreviousU.S. dollar ended last week in red. What about the Euro?
NextDaily Market Charts and Analysis March 30, 2020Next