Oil prices have dropped again Due to Epidemic Fears

Home » Oil prices have dropped again Due to Epidemic Fears

Coronavirus fears keep hammering the prices. Oil prices went down, with the benchmark US crude falling from $54.16 to $52.48 since the last week. From early October, the market hasn’t experienced such a breakdown in the price. The spread of a fatal virus in China raised investors’ worries about the global economy.

Fears start growing that coronavirus could become a significant epidemic spread. The death toll from the virus raised to 81, and the number of infected people is close to 3 thousand. Numbers of cases outside China have reached ten countries. Namely Japan, Korea, Vietnam, Singapore, Australia, Malaysia, Thailand, Nepal, the US, and France. 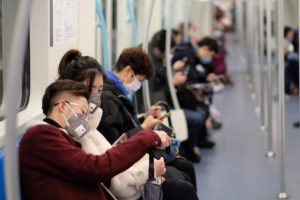 Even though one person has been cured, the fact that it can be transmitted before symptoms show up will make it much more difficult to restrain. To reduce population flows, the Chinese government canceled festivals and the extended holiday season. Drastic measures have been taken to ban traveling outside the epicenter of the virus and to four major cities: Shanghai, Beijing, Xi’an, and Tianjin.

Additionally, analysts talk about fears that the crisis will affect the Asian financial markets as badly as when the SARS virus spread in 2003.

Will the coronavirus affect oil demand?

Investor fears related to oil demand has increased significantly driven by harmful data on US stocks, notes Goldman Sachs. It supposes that oil demand may slip by 260 000 barrels a day this year. It could reduce oil prices by $3 per barrel, using the 2003 SARS epidemic as a guide.

Moreover, oversupply in China is affecting the rest of the world. On that basis, the market is reacting in a defensive manner, says Ole Hansen, head of the commodity strategy at Saxo Bank.

Prince Abdelaziz, minister of energy of Saudi Arabia, stated that SA closely follows developments in China, to calm the market.

He claims that psychological factors drive market fluctuation. Additionally, it is affected by a very pessimistic outlook adopted by some parties. Even though the virus’s effect on the global market is minimal.

Other than that, the US has sanctioned several petroleum companies based in Shanghai, Hong Kong and Dubai, for assisting the progress of product exports from the National Iranian Oil Company after US sanctions waivers expired in May 2019.

Saudi Arabia hopes the crisis will have a very limited impact on oil consumption. Analysts say it is too early to assume what might be the impact on demand.