Oil prices on Monday pared back some of their losses from a nearly 8 percent plunge during the previous session with Brent jumping back above $60 per barrel, though sentiment remained weak amid a broad sell-off in financial markets in past weeks.

US West Texas Intermediate crude futures were higher 66 cents, or 1.3 percent, at $51.08 per barrel.

The gains partly made up for Friday’s selloff, which traders have already tagged as Black Friday.

The downward pressure comes from the swelling supply and a slowdown in demand  growth which is expected to end in an oil supply glut by next year.

“2019 will be a choppy year for the oil markets as questions surrounding the prospect of a slowing global economy and a supply surplus are expected to increase,” said analysts at Fitch Solutions on Monday.

Fitch said that even an expected supply cut led by the Organization of the Petroleum Exporting Countries (OPEC) following an official meeting on December 6 “may not be enough to counteract the bearish forces.”

Oil markets are also being impacted by a broader downward pressure in wider financial markets.

“2018 clearly marked the end of the 10-year Asia credit bull market due to tightening financial conditions in Asia (especially in China), and we expect this to remain the case in 2019,” said Morgan Stanley in a note that was released on Sunday. “We don’t think that we are at the bottom of the cycle yet.”

Oil markets have also been dragged down by a strengthening dollar, which has swelled against most other currencies this year, thanks to the increasing interest rates that have pulled investor money out of other currencies and other assets like oil, which are generally considered riskier than stocks. 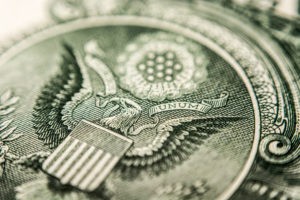 Another risk to worldwide trade and overall economic growth is the trade war between the world’s two biggest economies, which are the United States and China.

“The US-China trade conflict poses a downside risk as we forecast the US to impose 25 percent tariffs on all China imports by Q1 2019,” said US bank JP Morgan in a note that was published on Friday.

Conversely, gold prices edged higher in Asia. Market participants are keeping close tabs on the Fed’s policy outlook before the high-profile US-China trade summit on Friday, which could weigh on precious metals this week.

Gold futures for February delivery on the Comex division of the New York Mercantile Exchange traded 0.06 percent higher at $1,229.8 per troy ounce.

US President Donald Trump and Chinese President Xi Jinping are scheduled to meet at the sidelines of the G20 summit in Buenos Aires to discuss trade issues, and market watchers will be waiting to see if the two largest economies in the world will ease trade tensions.

If the two economic powerhouses can come to terms and resolve their trade differences, market sentiment will improve and demand for safe-haven assets such as gold will be lower.