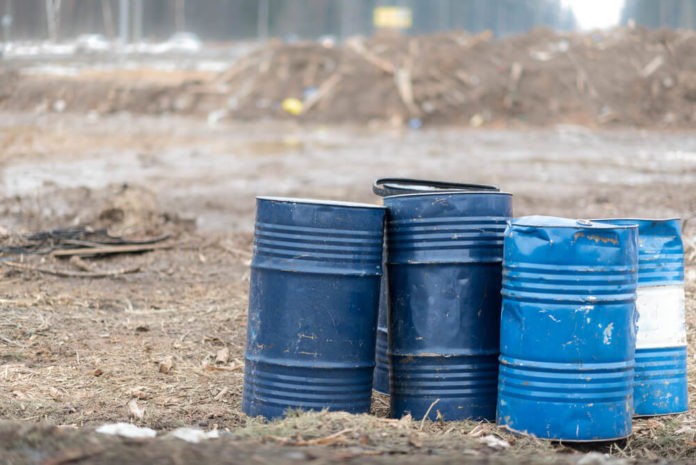 In New York, futures were steady near $37 a barrel and are down around 6% this week. Moreover, U.S. crude inventories rose for the first time in seven weeks.

According to Energy Information Administration data, stockpiles at the storage hub at Cushing reached the highest since May. However, drops in gasoline and distillate supplies provided some grounds for optimism.

The U.S. crude benchmark fell around 13% this month as the end of the U.S. summer driving season. Weighing on sentiment were a stalling Asian demand recovery and evidence the virus is making a comeback in Europe. Additionally, a retreat in global stocks has put more downward pressure on energy markets.

The demand outlook is weakening as the OPEC+ alliance gradually adds more barrels to the market. This leads to widening contangoes and the possible return of floating-storage plays.

Saudi Aramco (SE:2222) slashed oil prices to Asia at the start of the week. S&P Global Platts became the latest market forecaster to chime in with a gloomy prediction. It says oil consumption is unlikely to get back to 2019 levels before 2022.

Warren Patterson, head of commodities strategy at ING Bank NV said, this week’s sell-off started when Aramco cut oil prices. He thinks they were left with little choice but to cut as much as they did. Given refining margins are still very weak, he said.

It’ll be interesting to see what OPEC+ has to say about the price slump at its next meeting, he added.

Oil Demand to Take Off in the Second Half of 2021

Brent’s six-month timespread was $2.95 a barrel in contango. That is where prompt prices are cheaper than later-dated ones, compared with $1.97 at the end of August. This change in the market structure shows growing worries over a glut.

Oil demand from China is expected to be sluggish for the next couple of months. It aims to boost its strategic crude reserves as part of its next five-year plan which will start in 2021. This plan could eventually buoy the market.

Rush-hour traffic jams are also returning to Europe and Asia. Workers are making their way back to offices and children are getting back to school.

U.S. crude inventories rose by 2 million barrels to 500.4 million in the week through Sept. 4. This was according to the EIA data.

Victor Shum, vice president of energy consulting at IHS Markit said, oil demand growth is now slowing. They expect the plateau to last into the first quarter of 2021.

That is until Covid-19 is contained and a vaccine is found, he said. Demand will then take off in the second half of 2021, Shum added.