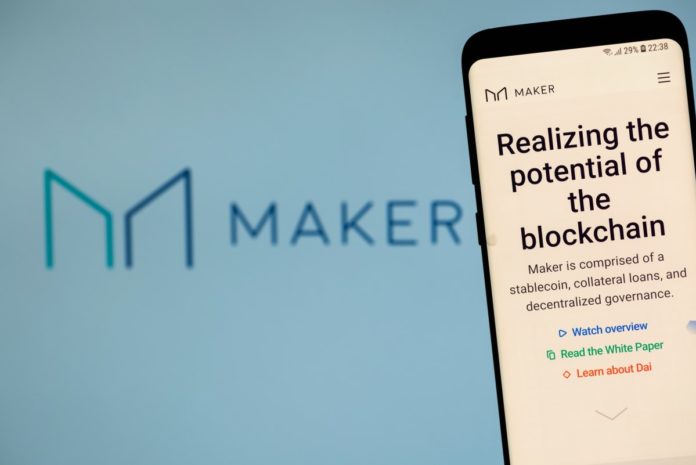 The Dai stablecoin is getting more speed and fee enhancements thanks to its new upgrade on layer-two. Decentralized lending protocol MakerDAO is producing this digital coin. However, ETH scaling solutions provider company, Optimism will contribute the technology for its update.

On Tuesday, Sam MacPherson, co-founder and CTO of gaming firm Bellwood Studios announced that the MakerDAO community plans to launch an official DAI on the Optimism L2 platform. Furthermore, the Optimism Dai Bridge would also offer users some improvements on other implementations.

According to MacPherson, when users are withdrawing tokens back to layer-one (Ethereum), the Optimism platform requires a seven-day lockup period. So, the rollups typically rely on publishing the data on the blockchain, thus allowing a challenging period for potential fraud proofs.

However, the Maker protocol can significantly reduce this lockup period, allowing near-instant withdrawals of Dai, which will be much more convenient for users.

How will the Optimism Dai Bridge achieve such speedy withdrawals?

The Optimism Dai Bridge plans to lock up L1 Dai to mint L2 Dai. It will also allow the digital coins to be burned in exchange, thus providing near-instant access to L1 Dai. Such actions will enable users to enjoy fast withdrawals. The company’s representative explained the mechanism of creating and verifying the two types of Dai on the recent forum.

MacPherson also stated that this new strategy is a game-changer for the Maker protocol, as well as the Ethereum ecosystem. Stablecoin trading platforms can finally offer a fast, decentralized, trustless, off-ramp for optimistic rollups.

Using the Bridge, Maker could become the main off-ramp for Optimism. It as an extremely cool, technically elegant solution – added the scaling solutions provider.

While the announcement said that the initial bridge would be launched soon, we don’t have any specific date yet. However, the company clarified that users shouldn’t expect fast withdrawals until the third or fourth quarter.

DeFi protocol Synthetix already began trials on Optimistic rollups, though. According to the company, they finished a staged layer of two transitions for the platform in mid-January. They are now planning on several months of testing, along with incentives for participants. According to rumors, Uniswap is also looking at Optimistic rollups. The company may make use of Optimism’s highly anticipated upgrade to version three. However, those upgrades won’t be available until later this year.

Andreessen Horowitz manages a portfolio worth approximately $16.6 billion. It is currently leading Optimism’s $25 million Series A investment round.