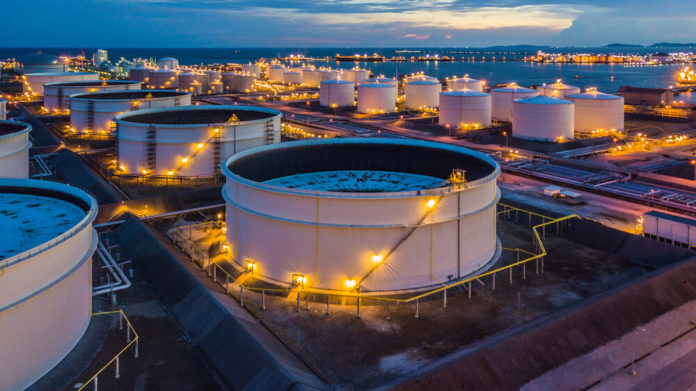 A news report said the world’s top exporter contacted other producers and is in process to do something in halting the slide in prices. An unnamed official from Saudi Arabia was mentioned. The U.S. Energy Information Administration in its weekly oil inventory report announced prices dropped overnight. Meanwhile, crude stockpile improved by 2.39 million barrels in the week to August 2.

Gasoline inventories unexpectedly surged by 4.44 million barrels as reported by the EIA. This is in contrast to anticipations of drawing over 0.72 million barrels.

Meanwhile, distillate stockpiles rose by 1.53 million barrels, in comparison to forecasts of a 0.48 million gain.

The Sino-U.S. ongoing trade war was also referred to as a headwind for oil prices.

Tensions escalated further after the People’s Bank of China reportedly devaluated the yuan this week, prompting Washington to label Beijing as a currency manipulator.

China and the U.S. are the world’s biggest oil importers.

December delivery for gold futures traded on the Comex division of the New York Mercantile Exchange plunged 0.5% to $1,512.50.

Today, global stocks increased after the People’s Bank of China (PBOC) set the yuan’s daily reference rate at 7.0039 per dollar on Thursday.