President of Mexico Unveiled a Plan to Support the Economy

Home » President of Mexico Unveiled a Plan to Support the Economy

Mexico has a large economy. For example, the country is part of G-20 (or Group of Twenty). As can be seen from this example, Mexico has the potential to achieve even better results. Moreover, Mexico is an upper-middle-income country. However, as in the case of many countries around the globe, the coronavirus pandemic created additional pressure on the economy.

Last week, Mexico’s president presented a plan to lift the economy out of the coronavirus crisis. President Andres Manuel Lopez Obrador pledged to help the poor citizens as well as to create new jobs. Nevertheless, his plan failed to impress the opponents as they believe that country should introduce a bigger stimulus package.

According to Mexico’s president, thanks to this plan, Mexico would create two million jobs in the next nine months. Moreover, the country plans to boost small businesses and to address housing loans. Importantly, he promised to tighten public sector austerity to avoid debt.

However, the economic plan presented by the country’s president may not be enough to tackle all the problems. For example, the country’s northern neighbor and top trading partner United States approved a much bigger stimulus package. The purpose of the $2 trillion stimulus package is to support the local economy. Countries around the world plan to spend billions of dollars to boost their economies.

Mexico’s plan to boost the economy and main challenges 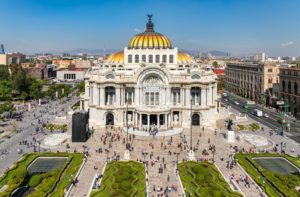 The country’s president plans to use a budget stabilization fund and cash from the public trusts to help the “most vulnerable” part of the population.

Based on the information provided by Mexico’s president, it is possible to spend $10 billion from various rainy day funds. Moreover, according to the finance ministry, “buffers” for the economy include a stabilization fund of about $6.6 billion available from the end of 2019.

Hopefully, this is not the end of the story as last week Andres Manuel Lopez Obrador stated that Mexico would announce investments in the energy sector. According to the president, the country plans to spend 339 billion pesos ($13.5 billion) to boost the economy. However, the private sector proposed to spend $92 billion in this sector. As a result, the investment announced by the president is far less than proposed by the private sector.

It is worth mention that, according to some private analysts forecast, the country’s economy is expected to shrink by up to 10% in 2020.

However, the government’s latest forecast the economy could contract by up to 3.9% in 2020. Interestingly, Loped Obrador does not agree with this data. He is calling for more optimism when it comes to the future of the economy.

On the one hand, the country wants to boost the economy. On the other hand, the government plans to stick with budget goals. It won’t be easy to accomplish both of them at the same time.