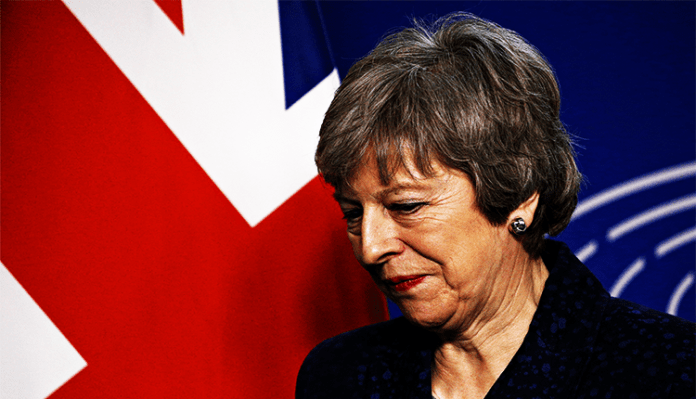 On Wednesday, the dollar was higher across the board in early trade in Europe. And on the other hand, the forthcoming exit of Prime Minister Theresa May over the Brexit created a depressing impact on the pound. It also built an awkward backdrop to European Parliament elections which starts today.

The currency pair GBP/USD was at $1.2605 as of 03:00 AM ET (0700 GMT). It is the pair’s new 2019 low. The first fall was after lawmaker Andrea Leadsom resigned instead of introducing the Prime Minister’s revised EU Withdrawal Agreement bill. Leadsom was ordered to arrange the government’s business in the House of Commons.

In addition to that, Times of London stated most of the Prime Minister’s lawmakers expected her to resign by tomorrow or the next day after.

Ulrich Stephan, Deutsche Bank strategist, stated, “A change in power in London soon are rising, as are those of a hard Brexit on October 31.”

Then Stephan also added, “Both would be bad for the pound.”

Meanwhile, the dollar index rose to its two-year high of 98.13 against a basket of six major currencies. On the other hand, the pound fell, but the last meeting of the Federal Reserve’s Federal Open Market Committee helped. In the meeting, they discussed the central bank’s possibility of cutting interest rates.

Aside from that, the news caused the dollar to its highs for the year against the Aussie and kiwi overnight. And the Chinese Yuan dropped 0.2% due to the escalating fears over the trade talk.

As of now, the attention of Europe is all in the European Parliament elections. And the main market news will focus on whether the world’s manufacturers can recover from the weak start in 2019, and whether the trade war between the U.S. and China will have effects in the long run.