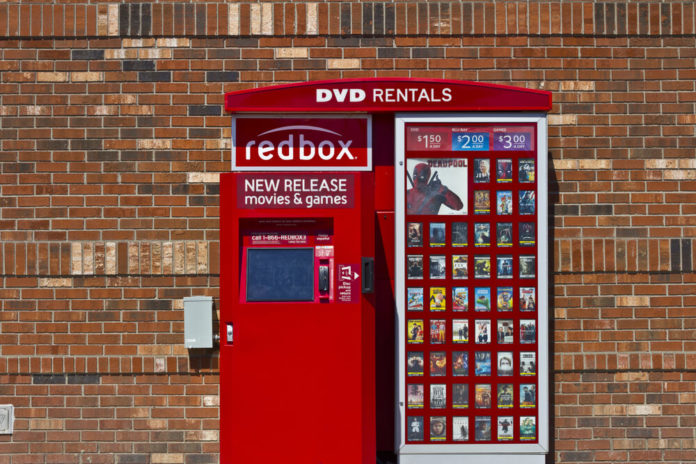 A day after Reddit users questioned the halt in video game rentals from Redbox rental kiosks, the company confirmed a fallout. In a statement, the mass retailer said it was “permanently transitioning out of the games business.”

Information on video game rentals are missing from their website, but some kiosks will still offer rentals until 2019 ends.

Fans worry that the drop will leave gamers with one less reason to buy games. However, the last Blockbuster in the world gives the message of the slow death on physical rental services.

One alternative that gamers can invest in is GameFly, an online game rental subscription for handheld game consoles.

Before Redbox transitions out, gamers can still order Death Stranding and Jedi: Fallen Order for $39.99.

The rental company now stands as a direct competitor to iTunes and Google Play as a pay-per-movie app. Redbox On Demand delivers a broader selection of movies on its website.

Much like its physical disc service, customers can choose any content you want on-demand at the palm of your hand. Users can either rent or purchase movies within the app with two people using the same account.

With no subscription offers, the app requires users to pay rent for each movie, TV season, or episode. Once users begin watching before the 30-day grace period, they have 48 hours until the content expires.

These rentals start at $3.99, while purchases start at $9.99. For competitive pricing, new releases can cost twice as much, depending on whether users choose to rent or purchase them.

However, there’s an option to purchase content if they wish to keep it for much longer. Some movies will also not be available for rent.

The app works on iOS, Android devices, Smart TVs, computers, Roku boxes, and Google Chromecast. Two devices can stream any content in the app with the same account simultaneously.

On Demand was launched last December 2017 to give its consumers advantages towards numerous films close to their release dates. Rival services don’t publish these on-demand movies until months later.

Disney first filed an injunction against Redbox for reselling and renting download codes from Disney discs in 2016. The mass media company claimed these sales violate its copyrights and fine print that are not for sale.

The larger company initially asked for $250,000 per copyright infringement and profits from code sales.

In retaliation, the rental service accused Disney of anti-competitive behavior. The plaintiffs were to stifle competition, smoothly launch Disney+, and maximize each codes’ price on iTunes and Amazon.

The plaintiff also secures a great market share for Hulu with its $52 billion acquisition for 21st Century Fox.

Redbox said the first-sale doctrine allows the resale of download codes. On top of that, the company had already invested $700,000 and a year to set up the download code rentals.

Disney then reworked the packs’ terms contingent on how consumers bought the movies rather than ownership. The move discredited false advertising claims on the discs and had to settle for lesser consequences.

As a result, the rental service turned to sell codes since Disney threatened its business this year.