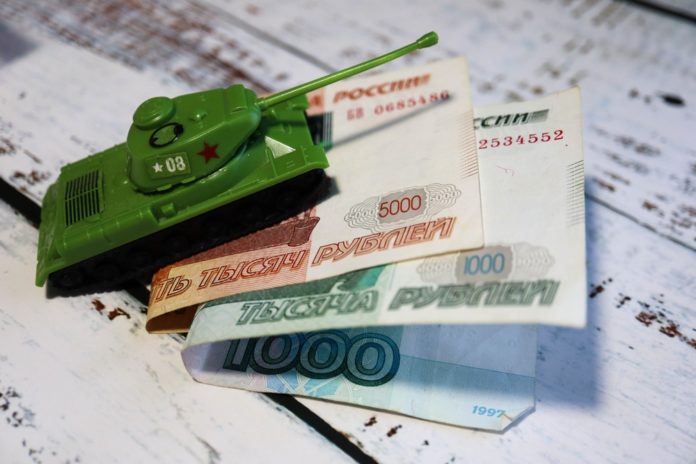 In early trade on Tuesday, the Russian ruble hit a more than two-year high versus the euro before stabilizing at Monday’s close, in a week when tax payments are supporting the currency and investors anticipate a rate decrease on Friday.

The ruble was trading at 76.90 against the euro at 0817 GMT, up 0.3 percent from its previous high of 75.95; its highest level since early March 2020. At 73.04, it was up 0.1 percent versus the dollar. When compared to the levels witnessed before Feb. 24, when Moscow launched tens of thousands of troops into Ukraine, trading activity has remained modest and irregular.

Capital restrictions enforced by the central bank artificially limit ruble movement. The economy faces surging inflation, capital flight, and the prospect of a probable debt default because of the West’s strong sanctions.

According to Promsvyazbank analysts, Russian enterprises expected to pay income tax on Thursday should provide extra support to the ruble this week. However, the payment period for Russia’s mineral extraction tax expired on Monday, limiting the ruble’s upward potential. According to experts’ predictions, payments in April may have set a new high.

“After a recent relaxing of currency regulations, exporters’ foreign currency sales might essentially come to an end this week, and the ruble would most likely come under pressure,” warned Sberbank CIB.

The market is also anticipating the Fed’s rate announcement on Friday. The central bank is generally expected to drop its benchmark interest rate by 200 basis points to 15%; it will spur more lending in the economy in the face of strong inflation. Lower rates help the economy by lowering borrowing costs; however, they can also fuel inflation and make the ruble more susceptible to external shocks. The Russian stock market indices were rising. The RTS index, denominated in dollars, went up 3% to 969.6 points. The MOEX Russian index, based on the ruble, was up 2.8 percent at 2,247.9 points.